A Dominion insider working at the TCF Center in Detroit exposed serious allegations of corruption and fraud during the vote counting for the 2020 election.

Melissa Carone, a freelance IT worker contracted by Dominion Voting Systems, said in her testimony to the Michigan Senate Oversight Committee in Lansing that election workers were scanning the same ballots over and over, around eight to ten times. Carone also claimed that election officials “were in on it.”

“What I witnessed at the TCF Center was complete fraud. The whole 27 hours I was there, there was batches of ballots being ran through the tabulating machines numerous times, being counted eight to ten times,” the Dominion insider told the panel.

“I watched this with my own eyes,” she added.

After explaining her role at the TCF Center assisting with IT, Carone told the panel that the other employees working the night shift lacked training and “had no idea what they were doing.”

Carone claimed that former Detroit Elections Director Daniel Baxter, who was enlisted by the city to help with the election, “was in on the whole thing,” and estimated that at least 90 percent of the election workers were in on it too.

The Dominion insider concluded that “clearly” there was something “very illegal that occurred there.”

Carone also said that during the night, she worked with Dominion Vice President and co-owner Nick Ikonomakis and a Dominion staffer named “Samuel.” She noted that Samuel “disappeared” for several hours during the night, and when she asked him where he had been, he told her that he went to the “Chicago warehouse” in Detroit.

“There was something very secretive that they were doing,” she insisted.

When she was asked about re-scanning ballots, Carone stated that the correct procedure when a tabulating machine would jam would be for the entire batch that was being sent through to be rescanned after discarding ballots which were successfully scanned. She claimed that this rule was ignored, and that the previously counted ballots were not discarded.

“I confronted my manager, Nick Ikonornakis saying how big of a problem this was, Nick told me he didn’t want to hear that we have a big problem. He told me we are here to do assist with IT work, not to run their election,” Carone said.

Carone also mentioned that jams were common throughout the ballot counting process that night.

In her sworn affidavit, Carone claimed that she “witnessed nothing but fraudulent actions take place” while working at the TCF Center.

The Dominion insider also alleged that she witnessed workers filling out blank ballots when they were unreadable.

“They were supposed to be filling them out exactly like the one they had received but this was not the case at all. The workers would also sign the name of the person that the ballot belonged to-which is clearly illegal,” Carone explained.

Ignored by the FBI

Carone also testified that she contacted the FBI about the impropriety she witnessed.

“I spoke with a woman for at least 40 minutes. The phone disconnected. She had all my information. She never called me back … I haven’t been called back since,” she said.

They Just Opened 250 Investigations Into 'Credible' Claims of ILLEGAL Voting 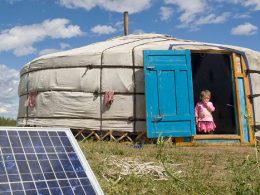