As tensions rise over the widespread use of Dominion Voting Software and its high probability that it switched votes from Donald Trump to Joe Biden.

Now a Dominion representative who was responsible for the scanning of ballots in Floyd County, Georgia has been named as a former Kamala Harris campaign worker. He was an official photographer for the campaign last year.

Georgia is one of the top battleground states President Trump and his team have been contesting. So far, more than 3,000 votes for the president went uncounted in Floyd county until it was uncovered.

Aric Thompson is the Dominion representative who was also a ballot scanner. He worked for radical Democrat Senator Harris in 2019, which can be seen from his LinkedIn profile. He also has an online portfolio with pictures he took of the senator.

To make matters worse, reports say that observers were not present for parts of the scanning.

“This is one of 2 men scanning in ballots in Floyd County. He worked for Kamala Harris. According to Rome City Commissioner Democrat Wendy Davis, & Floyd County GOP Chair Luke Martin, no observers were present for some of the scanning. Over 3000 uncounted votes found,” Real America’s Voice News reporter Heather Mullins tweeted.

FLOYD COUNTY, GA! A man reported to be the Dominion Rep scanning ballots in where over 3000 votes (the majority for President Trump) went initially uncounted appears to have worked with @KamalaHarris as a photographer during her Presidential campaign. @RealAmVoice pic.twitter.com/OlmI2Htirw

Thompson posted a rant about his distaste for President Trump on his Facebook.

Voter fraud has been a big factor in the 2020 presidential election and Georgia has been a key state due to its use of Dominion Voting Software.

A few weeks ago, the Board of Elections in Floyd County, Georgia decided to fire Chief of Elections Clerk Robert Brady. This was after thousands of ballots were found, mostly for President Trump that was left uncounted.

Fox reports that “Republican Secretary of State Brad Raffensperger blamed the problem on Floyd County election officials failing to upload votes from a memory card in a ballot-scanning machine.” 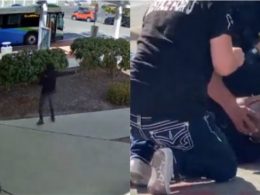 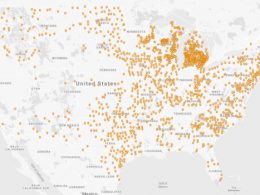 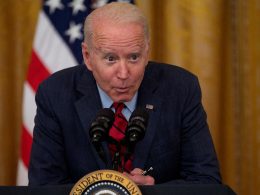