Joe Biden and the imperial palace got more bad news. As stories of a third Hunter Biden laptop break, more illegal spying activities were exposed. The latest scandal is that the palace allegedly used the NSA to bug Fox News host Tucker Carlson.

The NSA’s Office of Inspector General confirmed that it has officially opened a probe into recent charges that the National Security Agency “improperly targeted the communications of a member of the US news media.”

Tucker Carlson alleges that not only was the NSA spying on him, they also leaked “his emails to left-wing journalists so that they could write attack pieces aimed to derail his career.” He admits to viewers even he and his producers would be skeptical of such shocking activities.

Carlson insists that the “whistleblower, who is in a position to know, repeated back to us information about a story that we are working on that could have only come directly from my texts and emails.”

Based on the activities, “There’s no other possible source for that information, period.” The NSA’s IG Robert P. Storch warns everyone not to expect much because he’s looking into it “on behalf of” Biden.

Storch’s office announced that they are “conducting a review related to recent allegations that the NSA improperly targeted the communications of a member of the U.S. news media.

“The OIG is examining NSA’s compliance with applicable legal authorities and Agency policies and procedures regarding collection, analysis, reporting, and dissemination activities, including unmasking procedures, and whether any such actions were based upon improper considerations.”

Just like the man coming out of the wrong bedroom at the wrong time and covered in evidence who swears up and down “it isn’t what it looks like,” the NSA denies everything. They didn’t do it. They weren’t there. They didn’t want it. They wouldn’t dare. Besides, they don’t engage in illegal activities like spying on Americans in America. Only foreigners, they claim. That’s legal.

Other alphabet agencies spy on Americans. Following Carlson’s initial accusations, the NSA rushed out a statement swearing “Carlson has never been an intelligence target of the Agency and the NSA has never had any plans to try to take his program off the air.”

The OIG will look at the NSA activities and see if there is more to go on from there. Typically the OIG watchdogs don’t have any teeth and like to sleep a lot. “If circumstances warrant, the OIG will consider other issues that may arise during the review,” Storch promises. The NSA grinned and winked back.

A statement from NSA regarding recent allegations: pic.twitter.com/vduE6l6YWg

Even if the probe isn’t likely to go real far or produce any jail sentences, Carlson is happy to at least see some lip service from the regulator. The producers “are gratified to learn the NSA’s egregious surveillance of Tucker Carlson will now be independently investigated.”

They also added, “As we have said, for the NSA to unmask Tucker Carlson or any journalist attempting to secure a newsworthy interview is entirely unacceptable and raises serious questions about their activities as well as their original denial, which was wildly misleading.” Two people “familiar with the matter” relate that “the NSA did not target the Fox News host’s communications, but that he had been swept up in the agency’s monitoring of communications between other people.” 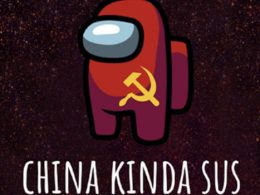