Representative Madison Cawthorn has been defeated by a Republican primary challenger in his North Carolina district after a single scandal-plagued term. The youngest member of Congress was elected in 2020 and rapidly became a household name, but a barrage of recent scandals left many of his constituents searching for a more reserved option. State Senator Chuck Edwards narrowly defeated Cawthorn and will face a Democrat in November.

The freshman Republican has been a vocal supporter of Donald Trump and had his endorsement, but the outcome of the race has little to do with the former president.

Democrats and establishment Republicans dislike Cawthorn, but even conservatives have been put off by some of his scandals and comments and constituents have felt ignored at times.

The congressman has been caught twice trying to take a loaded gun through airport security, and he has been charged for driving with a revoked license.

Drugs and sexual perversions in politics would not be too shocking, but Cawthorn refused to offer evidence or name names to support his dramatic claims.

Instead, compromising photos and videos of Cawthorn were leaked to the press after his comments. The representative was seen wearing women’s lingerie in one set of photos and a video appeared to show him nude in bed with a man.

Cawthorn attempted to recover from all of these scandals by touting his pro-Trump stance, but many voters felt that the mature and serious conservative they had thought they were electing in 2020 had become an embarrassment.

Challenger Chuck Edwards defeated Cawthorn with just over 33% of the vote. He is expected to win against the Democratic nominee in November.

Edwards did not initially intend to challenge Cawthorn, but redistricting left the two facing each other unexpectedly along with six other candidates.

The state senator largely stayed away from campaigning against the incumbent representative and his scandals, though he earned no shortage of endorsements from Republicans vocally opposed to his rival.

After his victory Edwards thanked Cawthorn for conceding graciously and then emphasized that his top priority is winning in November to deprive Nancy Pelosi of her majority in the House.

Madison Cawthorn himself congratulated Edwards on his victory and urged Republicans to support him against the Democrat in November. 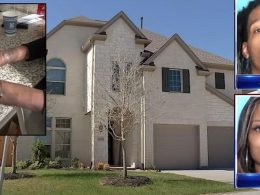 More corruption has been uncovered in Arizona, this time during the election audit that has been taking place…
bySandy Ravage 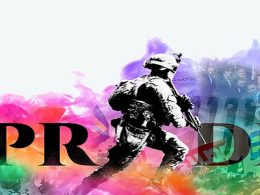