As of late Tuesday night, the Democrat-controlled House approved a stopgap bill to avoid an end of the month shutdown with a 359-57-1.

Radical socialist Rep. Alexandria Ocasio-Cortez refused to vote with a yes or not, but rather responded with “present.”

This was in an effort to avoid a government shutdown but also to give the government more funding with a continuing resolution through December 11.

The House Passed, But Will the Senate

The Republican majority Senate will probably vote on it by next week and it is expected to pass in that chamber also, ABC News reported.

If it does manage to pass in both chambers of Congress, it will go to President Donald Trump’s desk for his signature.

In order to keep U.S. government agencies open, the stopgap measure has to be passed by October 1.

The deal would increase the resolution for food and nutritional assistance programs by $8 billion.

“We have reached an agreement with Republicans on the CR to add nearly $8 billion in desperately needed nutrition assistance for hungry school children and families,” Pelosi said in a statement. “We also increase accountability in the Commodity Credit Corporation, preventing funds for farmers from being misused for a Big Oil bailout.”

“To help the millions of families struggling to keep food on the table during the pandemic, Democrats have renewed the vital, expiring lifeline of Pandemic EBT for a full year and enabled our fellow Americans in the territories to receive this critical nutrition assistance,” she continued. “Democrats secured urgently needed assistance for schoolchildren to receive meals despite the coronavirus’s disruption of their usual schedules, whether virtual or in-person and expanded Pandemic EBT access for young children in child care. We also extended key flexibility for states to lower administrative requirements on SNAP for families in the middle of this crisis.”

It is very clear that Democrats do not want a strong economy, because that would reflect positively on President Trump. So instead of putting effort into stimulus checks, House Democrats want more money for those who don’t contribute much to the economy or the betterment of society.

As Hurricane Ian makes it’s way through the state of Florida, it has left nothing but devastation and…
byStaff Editor 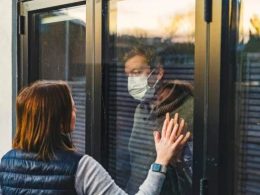 Three churches across the South have been raided by the FBI, all of which are located in close…
bySandy Ravage