Carly Fiorina, a 2016 GOP presidential candidate, has expressed she will be voting for Democrat Joe Biden over President Donald Trump in the upcoming 2020 election.

More RINOs Come Out of the Shadows

The prominent RINO Republican called Biden a person of “humility” and character” while also discussing her distaste for President Trump.

“I’ve been very clear that I can’t support Donald Trump. And, you know, elections are binary choices. I will say this: I think, I hope, that Biden understands that this moment in history calls for him to be a leader, not a politician,” Fiorina told The Atlantic’s podcast The Ticket.

Her interview was released Thursday and when pressed on whether she would be voting for Biden, Fiorina replied, “Well, it’s not ’til November is it? I’m not voting for Trump … it’s a binary choice. So if faced with a binary choice on a ballot, yes.”

Fiorina is just another mark on a growing list of supposed Republicans who refuse to support the president in the November election. Former national security adviser under Trump, John Bolton, said he would write in a conservative candidate instead of voting to President Trump. Former Secretary of State Colin Powell announced earlier in the month that his vote will go to Biden.

I regret ever working for this woman’s campaign. https://t.co/gEZ2M8M975

Fiorina was the only declared female candidate seeking the GOP nomination out of 17 Republican candidates in 2016. She ran on the platform of being anti-abortion and other supposed conservative beliefs; however, she is willing to put those aside to side with Biden, who fully supports secular goals. Fiorina confirmed that there are “plenty of policy differences” between her and Biden, but concludes he could “problem solve” and “find common ground on a bipartisan basis.”

Fiorina, who was a former U.S. Senate candidate and Hewlett-Packard CEO, then had the gall to call Biden a person of “humility and empathy and character.”

“I am encouraged that Joe Biden is a person of humility and empathy and character. I think he’s demonstrated that through his life,” she said.

After she ended her presidential bid, she endorsed Sen. Ted Cruz of Texas. Cruz ultimately named Fiorina as his running mate. Trump and Cruz had a bitter competition to secure the presidential nomination with Cruz calling the now-president “utterly amoral.”

When asked about Cruz’s current support of President Trump, she said she has not spoken to Sen. Cruz in years and said his decision is “all about politics.”

“I don’t excuse it. I don’t. It disappoints me,” she told The Atlantic.

Her tune on Trump has changed since 2016, where she voted for him instead of Hillary Clinton.

Her Battle With Trump Wages on

Trump did not let Fiorina’s attacks on him go, calling her a “failed presidential candidate” later on June 25, 2020 after her interview came out.

“She lost so badly to me, twice in one campaign, that she should be voting for Joe. No complaints!!!” he posted on Twitter.

Failed presidential candidate (thank you President Trump!), Carly Fiorina, said she will be voting for Corrupt Joe Biden. She lost so badly to me, twice in one campaign, that she should be voting for Joe. No complaints!!!

“It is vital that he be impeached,” she told CNN’s Poppy Harlow in December.

Fiorina’s newest revelation of her voting choices has many conservatives rightly angered. As more self-described GOP members continue to turn their backs on President Trump, it appears that his supporters are only getting more adamant in their defense of him. 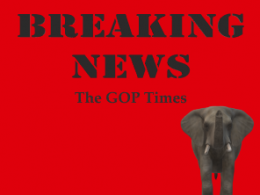 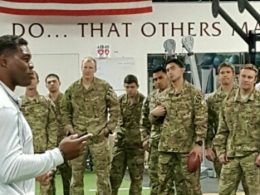 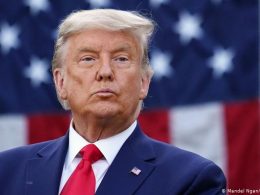