President Trump’s early morning twitter announcement has patriots around the country mobilizing to Georgia. The President is calling upon his supporters to mount a massive defense of Senators David Perdue and Kelly Loeffler. The two Republican Senators face a withering opposition, willing to do anything in the upcoming Georgia Runoffs. These two seats will decide control of the US Senate.

“They should be in the United States Senate. They are desperately needed. But I told them today, you have a fraudulent system,” President Trump said.

No, the 2020 Election was a total scam, we won by a lot (and will hopefully turn over the fraudulent result), but we must get out and help David and Kelly, two GREAT people. Otherwise we are playing right into the hands of some very sick people. I will be in Georgia on Saturday! https://t.co/1ziqFq9S6O

In an interview on Thanksgiving according to the Atlanta Journal Constitution,

“Trump took questions for the first time since Election Day and angrily denounced officials in Georgia and Pennsylvania, two key swing states that helped give Biden the win, as “enemies of the state” and claimed they were culprits in vote fraud.”

Regarding Georgia Secretary of State Brad Raffensperger who has repeatedly denied allegations of voter fraud in the state, Trump was direct.

Raffensperger’s repeated denials are troubling in light of multiple instances of questionable voting mistakes and improbable margins arose during Election day in the Peach state.

President Trump elaborated on the “fraudulent system” at play in Georgia and in other states. “Well, I told them today I think you’re dealing with a very fraudulent system. You have a system where the flip of a switch or the putting in of a new chip can change the course of history,” Trump said.

Georgia on our minds…

With the heavily weighted runoff on Jan 5th approaching and both parties funneling massive sums of money and personnel into the state, tensions are high. Georgia is still in the midst of it’s own recount after certifying the election on November 6th.

BLM Says They are Done With 'White', Want Separation 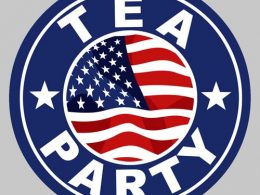