In a surprising turn of events, Senator Mitt Romney has chosen to actually take a conservative position on an issue, rather than his usual position of giving in to the demands of the left to show that he is “not one of those Republicans.”

Utah Senator Mitt Romney, known by conservatives as one of the biggest RINOs in Washington, D.C., announced on March 29 that he would not be supporting federal gun control measures that have been proposed recently by Democrats taking advantage of recent mass shootings.

Of course, Romney couldn’t take a completely right-wing position on the issue, so he did indicate that he would be “open to working with Democrats on improving background check technology,” according to TPM.

The RINO senator also told The Salt Lake Tribune the reason behind his decision not to support new federal gun laws, saying that it was consistent with his position during his Senate campaign.

“I made that commitment when I ran for office, and I intend to honor that commitment,” Romney said. “So I will not be voting for new federal legislation related to guns and leave to the Legislature of Utah, closest to our people, any decisions they have in that regard.”

Mitt Romney has always been viewed as a more “moderate” Republican, in polite terms. Most conservatives go all the way, referring to him as a Republican In Name Only (RINO), or an establishment Republican. He often sides with the left, usually citing diplomacy or compromise, but there are a few issues he seems to stand relatively strong on, including the Second Amendment. Hopefully he won’t flip-flop this time, because the Democrat Congress and the Biden administration are making it known that they will do anything they can to destroy gun rights in the next four years. 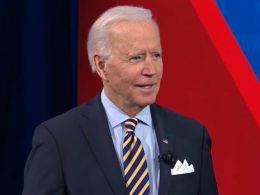