Another red state has joined in on a lawsuit that may determine the fate of the country in the coming weeks. The Attorney General of Arkansas released a statement supporting Texas’ decision to sue four key battleground states.

Ken Paxton, the Attorney General of Texas, recently announced a lawsuit against Georgia, Michigan, Pennsylvania, and Wisconsin in regards to their election practices, alleging that they are violating their state Constitutions and the federal Constitution.

“Trust in the integrity of our election processes is sacrosanct and binds our citizenry and the States in this Union together. Georgia, Michigan, Pennsylvania and Wisconsin destroyed that trust and compromised the security and integrity of the 2020 election. The states violated statutes enacted by their duly elected legislatures, thereby violating the Constitution… By ignoring both state and federal law, these states have not only tainted the integrity of their own citizens’ vote, but of Texas and every other state that held lawful elections. Their failure to abide by the rule of law casts a dark shadow of doubt over the outcome of the entire election. We now ask that the Supreme Court step in to correct this egregious error,” Paxton’s statement read.

Arkansas joins Texas in suing Pennsylvania, Michigan, Wisconsin & Georgia over election irregularities!@AGRutledge: “The integrity of our elections is a critical part of our nation and it must be upheld.” ⬇️ https://t.co/48ENjuuijN

In her tweet, McEnany shared a picture of the statement by Arkansas Attorney General Leslie Rutledge entitled “AG Rutledge Will Legally Support Texas Motion.” The statement reads: “Arkansans and Americans across the country have real concerns about the lack of integrity in our federal elections this year. After reviewing the motion filed by Texas in the U.S. Supreme Court, I have determined that I will support the motion by the State of Texas in all legally appropriate manners. The integrity of our elections is a critical part of our nation and it must be upheld.”

Multiple sources have reported that at least six other states may join Texas’ lawsuit: Alabama, Florida, Kentucky, Louisiana, Mississippi, South Carolina and South Dakota. President Trump has also indicated on Twitter that his team will be joining the suit as well.

18 RED States Band Together... We Are NOT Backing Down

Newly released details regarding a kidnapping plot have law enforcement and their families on high alert. Federal investigators…
bySandy Ravage 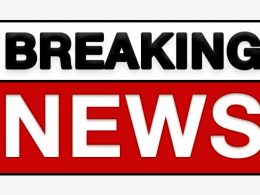 After two military veterans were attacked and murdered outside of their home in Springfield, Virginia, a manhunt for…
bySandy Ravage

As the political landscape in California continues to destabilize, new challengers from the GOP are cropping up to…
bySandy Ravage 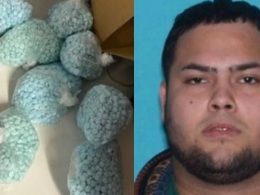