The stakes couldn’t possibly by higher in Gettysburg, a city familiar with struggling for the existence of the United States. In Gettysburg today, Rudy Giuliani speaks to a hearing held by the Pennsylvania legislature on 2020 election irregularities.

Former New York City Mayor and Attorney to President Trump Rudolph Giuliani stated early in the hearing, “All we ask is that you listen to the facts that we are presenting.” “If we allow elections in the future to be conducted as this election was conducted, we will lose our democracy—our representative democracy.”

Pennsylvania Senator Dr. Doug Mastriano, the main organizer of this hearing has called for the resignation of PA State Department Secretary Kathy Boockvar for ‘negligence and incompetence’ according to RSBN. Mastriano said,

“Elections are a fundamental principle of our democracy – unfortunately, Pennsylvanians have lost faith in the electoral system,” “It is unacceptable.”

Testimony indicated that 604k votes were counted in a mere 90 minutes at one point during the evening during a statistical “spike”. Of those votes approximately 570k were for Joe Biden, and a little over 3,200 were for President Trump.

Gregory Stenstrom a Republican poll watcher of Delaware County, PA testified. A former commanding officer and executive officer in the US Navy, a veteran, CEO of his own company, Stenstrom is a data scientist and forensic computer scientist with expertise in computer fraud.

A few portions of Stenstrom’s testimony stood out,

“I personally observed USBv cards being uploaded to the voting machines by the voting machine warehouse supervisor on multiple occasions. I saw this personally. I brought it to the attention of the Deputy Sherriff who was there stationed who was a senior law enforcement officer. And I brought it to the attention of the clerk of elections, I brought it to their attention, I objected. And I said this person is not being observed, he’s not part of the process that I can see and he’s walking in with baggies which we have pictures of and was submitted in our affidavits. And he was sticking these USBs into these machines. I personally witness that happen over 24 times, we have multiple other witnesses who saw it, including democrat observers.”

“I was told the next day by the attorney that we had secured that they said every election they leave a couple of USB’s in the voting machines then they’re brought back and generally the warehouse manager brings them back and puts them in. In talking to the US Attorney General McSwain and other law-enforcement officers I found out that’s not the case, that generally more than 2 is unusual. So, they denied that they did it. But as of today 47 USBv cards are missing, and they’re nowhere to be found. “

“What I observed in the locked room in the back office was 70,000 unopened mail-in ballots, they were in boxes of 500 stacked in neatly. The gentleman that came in with me was a democrat poll watcher, is a forensic pathologist, a very detailed very dedicated man, he took meticulous notes as well and I verified with him are you seeing what I’m seeing. We both agreed as GOP poll-watcher and a democrat poll-watcher that we had witnessed 60-70,000 we had a little bit of a disagreement there. The problem with that, was by that time the mail-in ballots had already been counted. So 120,000 mail in ballots had already been counted, posted and done. So my question is: Where did the 70,000 ballots go? And nobody knows.”

Mr. Stenstrom dropped the final bomb before ending his testimony,

“We just learned two days ago that virtually all chain of custody logs, records, yellow-sheets, everything was gone. All forensic evidence, all custody sheets in Delaware county are gone. They had a signing party where they sat down and poll workers were invited back to re-create those logs and our understanding as of today, is that they were unsuccessful in getting them all.”

PA Senator Judy Ward said “What I heard today was so troubling, that I don’t know if I’ll ever get it out of my head. And I’m sickened that it happened here on our watch.”

We saw this in real-time Election day on twitter

On November 4th Will Chamberlain of HumanEvents tweeted his video of an election observer “Gary” being denied entry into a Philadelphia polling location. “Gary” testified before the hearing.

Second, I saw a poll watcher get wrongfully prevented from entering a poll location

This really happened – and it wasn't just my new friend Gary, the Trump Campaign had a number of reports of poll watchers being excludedpic.twitter.com/iJTFtRBC6N

The Mainstream Media is Willfully Ignoring This Historic Hearing

As Dr. Kelli Ward alluded to via Twitter. Only conservative leaning outlets have carried coverage of the Gettysburg hearing, OANN and RSBN most notably amongst them.

Why is no major network covering the explosive PA legislative hearings in real time? 🤔 Don’t they care about #ElectionIntegrity? 🤔

There may still be hope coming out of Pennsylvania

In a stunning turn about, news broke on The GOP Times today that

“Commonwealth of Pennsylvania Judge Patricia McCullough has officially ordered the state to not take any further steps to finalize the certification of the presidential race, which the state had announced on November 24. McCullough also blocked certification of all other election results at the state and local levels.”

That’s why todays hearing matters. Still wondering why the mainstream-media won’t talk about it? They are terrified. 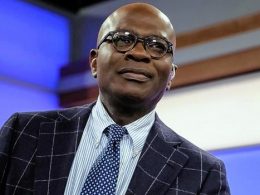 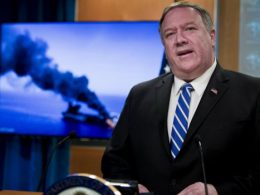