During a press briefing on August 26th following the terrorist attack in Kabul, Joe Biden once again embarrassed the United States by saying the quiet parts out loud.

Many people have speculated that Joe Biden is not calling the shots in the White House, but apparently the former vice president wants to make it obvious to the world.

At the start of the Q&A portion of the press briefing, Biden said the quiet part out loud: he has been told which members of the press he is allowed to call on.

“Ladies and gentlemen, they gave me a list here. The first person I was instructed to call on was Kelly O’Donnell of NBC,” Biden said.

According to reporting from the New York Post, this is planned well in advance. The outlet reports:

“Biden’s staff additionally pre-screened journalists allowed into the spacious room by continuing a recent practice of requiring reporters to RSVP and then selecting through an opaque process which ones can attend, citing dubious ‘spacing constraints.’”

This isn’t the first time Biden has said this, but you would think that the people pulling the strings would have told him to stop saying the quiet part out loud after the first mistake. Instead, Joe Biden is embarrassing the United States on the world stage, showing that our leadership is weak and that our president is a puppet.

Here’s another example of Biden admitting he has handlers, though this one is from June of 2020 on the campaign trail.

“They gave me a list, on how to recognize — is Alex AP out there?” Biden asks, looking confused.

Biden also made similar statements while he was supposed to be projecting strength on the world stage at the G7 summit.

“I’m sorry I’m going to get in trouble with staff if I don’t do this the right way,” he stated.

Joe Biden: “I’m going to get in trouble with staff” if I don’t call from pre-approved list of reporters pic.twitter.com/9pzBLZ9l0s 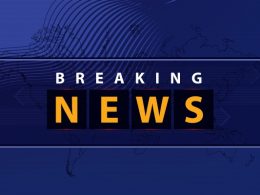 Instead of simply removing a prominent Democrat from office for ‘credible allegations,’ the Democrat Party is coddling him…
byAnastasia Boushee