The WHO finally came out and admitted that their recent visit to Wuhan was nothing but a sightseeing trip. Jamie Metzl said some things which directly contradict Imperial Leader Joe Biden and the official Palace narrative. They didn’t do any investigating because the Chinese already had it done for them.

The WHO comes clean

The WHO, aka the World Health Organization, not to be confused with the rock band, accidentally admitted that they didn’t do a single shred of work on their recent Junket to Wuhan, China. The city was the epicenter of last year’s Andromeda Strain outbreak.

Of course it didn’t come from a lab, the Chinese say so. The rock band wouldn’t have done any more work than the team of alleged experts but they would have had more luck finding out what really happened.

A lack of transparency on the part of China has led to criticism of the World Health Organization for agreeing to China’s demands during their joint team inquiry into the origins of the COVID-19 virus. https://t.co/WLc8xIhm03 pic.twitter.com/kUN8iE6uz3

Jamie Metzl, a former National Security Council official under Bubba Clinton, has a new gig. These days, he happens to be on a WHO advisory committee on genetic engineering.

The guy in charge of finding out for sure if Covid-19 and it’s designer genes came from a lab, told 60 Minutes in an interview which hit the airwaves Sunday, the recent trip they took was “not” an “investigation” and that China essentially did all the work for them.

“I wouldn’t really call what’s happened now an investigation. It’s essentially a highly-chaperoned, highly-curated study tour.” WHO doctors were guided around by the hand to see the things that Xi Jinping wanted them to see. Other than that they were stuck in a country where they couldn’t talk to anyone without their official translator.

“Everybody around the world is imagining this is some kind of full investigation. It’s not. This group of experts only saw what the Chinese government wanted them to see.” If one of those WHO doctors wandering around Wuhan happened to be Doctor Who, he would have encapsulated the virus in a time loop by now and nobody would even know it had happened.

Metzl knows full well that Wuhan has “China’s level four virology institute, with probably the world’s largest collection of bat viruses, including bat coronaviruses,” but we’re supposed to believe that it came from bat soup.

The WHO team was focused entirely on being allowed to leave the country without some unfortunate accident befalling them, so they politely drank the Kool-Aid in their tea cups.

I’m convinced Jamie Metzl will probably be the single most influential voice on this matter, if he isn’t already.

Not a fan of Donald Trump, nor his handling of the disaster, STILL ultra hawkish on the Wuhan lab. pic.twitter.com/IBMCDKPugS

“While they were there they didn’t demand access to the records and samples and key personnel,” Metzl notes. That would have been bad for their health.

Also, they knew the game was rigged before it ever got started. “It was agreed first that China would have veto power over who even got to be on the mission. On top of that, the WHO agreed that in most instances China would do the primary investigation.”

All they did was share their findings and go on a hospital tour. As Metzl laments, the WHO was virtually useless there. These “international experts weren’t allowed to do their own primary investigation.” The theory the Chinese cooked up to cover their tracks doesn’t make the slightest bit of sense but it’s the official story anyway.

“If the animal-to-human theory is correct, then there likely would have been outbreaks in southern China.” That’s where the bats are found in caves. “There was a direct order from Beijing to destroy all viral samples and they didn’t volunteer to share the genetic sequences.” 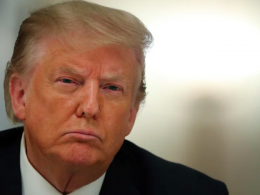 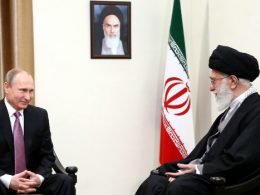 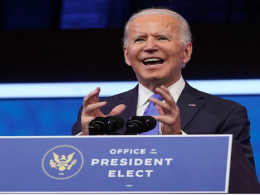