The Department of Homeland Security, operating under orders of Imperial Leader Joe Biden, issued a red-hot bulletin placing the entire nation on “high alert” due to the looming “domestic terrorism threat.” Democrats are terrified that those deplorable Trump Supporters are about to blow the place up.

A ‘first ever’ alert

For the first time in American history, TMZ reports, the Department of Homeland Insecurity “issued a federal bulletin about Americans plotting to attack Americans.”

It means “The Hunt” is on. The New World Order put the whole country on “high alert” warning, claiming for the record that “ideologically-motivated violent extremists” aren’t happy with the “election” results.

Anyone who voted for Donald Trump is a potential terrorist. A handful of the most radical ones, possibly prodded into action by Deep State elements within the FBI who specialize in these things, under the anonymous mask of “Q,” have already started planting bombs.

Any deplorable could be doing the same. The feds aren’t taking any chances, so any conservative who hasn’t started building bombs, they imply in their alert, is just as guilty as the ones who have. Because, obviously, they approve.

In their alert, DHS explains how they are convinced that the Q-inspired barbarian invasion of the Capitol Building “emboldened” every single person who supports the Constitution or owns an American flag to plot insurrection.

“Threats across the country are likely to persist in coming weeks,” they warn. Those threats, they explain, are “motivated by several issues.”

Election integrity isn’t the only burning issue that has conservatives hot under the collar. There’s also a lot of “anger over COVID-19 restrictions.”

Lockdowns, masks, and crippling the economy over a virus not much worse than the normal flu with a survival rate which seems to be better than that for it’s vaccine seems more like population control than virus control. Covid-19 isn’t Ebola but it’s treated like the Andromeda Strain. The FBI is on tense alert to anyone who may not be drinking the Kool-Aid.

All the FBI cares about is tracking down the guys who were probably prodded by the FBI into building and planting bombs. They need some high profile arrests to keep everyone afraid to leave their home.

Not only is there still a nationwide manhunt on for whoever left a pair of pipe bombs at the headquarters for both Republican and Democrat parties on January 6, they just grabbed a California native for possibly targeting Gavin Newsom. That probably had something to do with the alert bulletin too.

Ian Benjamin Rogers was arrested after “authorities were tipped off about a huge stockpile of firepower.” They don’t say but they probably got the alert from the Facebook trolls who have been grooming Rogers to act on “Q.” When they raided the radical’s house and business, they found “more than 50 guns, 15,000 rounds of ammo, several pounds of gun powder” along with a whole bunch of pipe bombs ready to go.

He said he built them “for entertainment purposes.” The FBI is using his text messages to help incriminate every other Trump Supporter. Every deplorable in America shares the guilt because “Rogers said he’d like to blow up a democratic building.” Also, “targeting California Gov. Gavin Newsom and the San Francisco Bay Area headquarters of social media giants Twitter and Facebook, according to the FBI.” 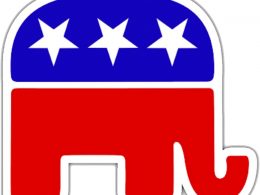 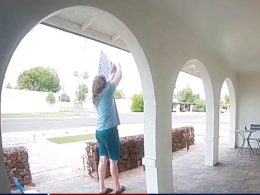