Ukrainian and Russian negotiators have met a number of times now to discuss terms for securing a peace deal and to arrange temporary ceasefires for civilian evacuations, but beyond the negotiating table it is beginning to seem doubtful that anyone is taking the talks seriously. The most striking evidence for this is the fact that a negotiator from the Ukrainian delegation was shot in the head in the streets of Kiev under circumstances that remain a mystery.

Denis Kireev was a former banker who had been appointed to the Ukrainian government’s negotiating team and could be seen seated opposite the Russian delegation in photos taken at the first meeting.

The next time the world saw pictures of Mr. Kireev, he was lying on the streets of Kiev in a pool of blood after having been shot twice in the head in an apparent execution.

Ukrainian politicians and local media quickly began to circulate reports that Kireev had been “liquidated” by intelligence agents from the Security Service of Ukraine (SBU) for suspected treason.

Bizarrely, the Ukrainian Ministry of Defense soon followed these reports by announcing that Denis Kireev was actually a Ukrainian intelligence agent who was killed in the line of duty. He was described as a hero in the announcement and condolences are offered to his family.

So was the negotiator a traitor working for the Russians or was he a hero agent working for Ukrainian intelligence? Neither story makes much sense at this point, especially when we consider the details.

What we can be fairly certain about is that Kireev was killed by the SBU in the Ukrainian capital after the first round of negotiations and that Ukrainian sources said that the government had convincing evidence that he was a traitor.

If that evidence exists, then why is the Ukrainian government still claiming him as one of their own and why has the SBU itself said nothing about the killing?

A negotiator actually being a Russian asset would be powerful proof for the Ukrainians to show the world that Russia is not negotiating in good faith.

There have been suggestions that Kireev was actually a double agent for the Ukrainians who was mistakenly executed by the SBU, who thought that he really was a traitor.

The more grim possibility is that Kireev was simply shot because the SBU and other forces believed that his peace efforts amounted to treason against the Ukrainian state.

With tensions understandably high, several Ukrainian political figures have already been killed or arrested after being accused of having pro-Russian sympathies.

Unfortunately, we may never have a coherent explanation for Kireev’s death. Whatever the reason for the killing, the death of one negotiator means that there is even more pressure and anxiety hanging over the already challenging and urgent talks.

Earlier this month an off-duty firefighter in Missouri was shot and killed outside a gas station. This was…
byStaff Editor 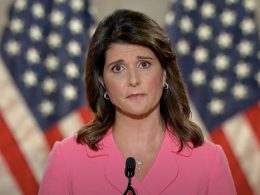