Insurgents in Pakistan launched two night attacks on security outposts, the ensuing firefights left thirteen insurgents and seven soldiers dead, according to the Pakistani government.  Responsibility for the attacks has been claimed by the Baluchistan Nationalist Army, a newly formed insurgent group demanding independence for the southwestern province of Baluchistan and the Baluch people who live there.

The insurgents attacked remote outposts held by Pakistani troops in two separate assaults. Both resulted in lengthy firefights between the two sides.

The second attack was reportedly foiled when soldiers discovered a group of insurgents trying to sneak into their camp.

The Baluchistan Nationalist Army is less than a month old, but it is already making a name for itself in Pakistan. The organization was formed in January when two Baluchistan nationalist groups agreed to merge.

A week before the latest attacks, a similar assault on a military outpost left ten soldiers dead. A bombing in Lahore killed three civilians in January and was claimed by the group.

The newly formed insurgent group may be feeling the need to prove itself now, but the insurgency as a whole has continued at a low intensity for nearly 75 years.

The conflict began in 1948 when Baluchistan joined the newly formed country of Pakistan . The region has long been culturally and politically distinct.

Polls have indicated that most Baluchs do not want full independence from Pakistan, but a majority do want a great degree of autonomy for the region.

Baluch nationalists argue that the central government has long neglected the underdeveloped region, which is rich in natural resources but still lags behind the rest of the country economically.

Pakistan has accused India of supporting the insurgents; India denies this. Unlike most insurgencies in this part of the world, Baluch nationalism is largely secular.

Baluchistan is Muslim, like the rest of Pakistan , but the insurgent groups focus on the linguistic and ethnic differences which separate them from the rest of the country.

Some of the groups are explicitly Marxist, but the two which merged to form the Baluch Nationalist Army are not as strongly aligned with leftist ideologies.

Pakistan claims that it has the Baluchistan insurgency firmly under control, but the nationalists appear to have gained new enthusiasm from their union. 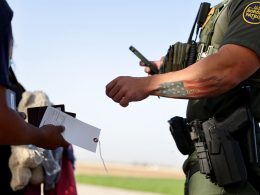