Tim Allen, who played Tim “The Tool Man” Taylor in the hit 90’s sitcom Home Improvement, has made a very exciting announcement.

Along with Richard Karn, who played his co-star Al Borland on their fictional show Tool Time in Home Improvement, Tim Allen has announced the two are joining forces again for a new History Channel series: Assembly Required.

Nearly 20 years after Home Improvement ended, the new show, which Allen describes as a “kind of a live version of Tool Time,” will showcase elite craftsmen across the United States.

On the new show, a trio of builders will compete against each other to make amazing creations out of household objects in need of repair. Some examples from the show include a DIY (Do It Yourself) jacuzzi, and an all-season ice melter.

What are YOU doing tomorrow night? #WATCH and #laugh pic.twitter.com/J6ZlwHiJnC

Allen and Karn will host the show, giving insight into the items being used, and honoring the builders who create the masterpieces.

YouTube star and DIY expert April Wilkerson will also be featured in the new show.

“I think the more people that get into it, the more it inspires others to get into it too. Because, I think at the root of our DNA, we all want to build and create. I think people have the free time now to get rid of the other amenities they’re used to and put it into using their hands,” Wilkerson said.

“It is in our DNA somewhere. Whatever we screw up we can fix it,” Tim Allen added.

Allen, who was also the star of a popular comedy show, Last Man Standing, is known for his snarky conservative comedy.

He isn’t afraid of the cancel culture that is so prevalent in Hollywood, and that’s why he’s so popular on the right. This new show will likely be very popular with the conservative base. Assembly Required premieres on Tuesday, February 23 at 10 p.m. EST on History. 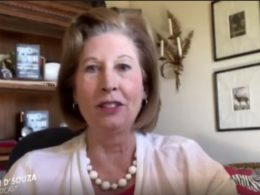 Fresh off of being proverbially told to go kick rocks by the Wisconsin Supreme Court, Governor Tony Evers…
bySandy Ravage

Biden’s authoritarian approach against unvaccinated soldiers has been relentless and will only continue to get worse. Now he…
bySandy Ravage 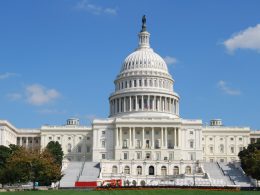