Reality has set in for Imperial Leader Joe Biden. The honeymoon is over and he’s under attack from all directions. His Wisdom crawled out from under the stack of imperial decrees his handlers have him signing until his hand gets numb to have a meeting with the big four congressional leaders. They sat down to talk about his big infrastructure scheme. It has about as much chance of success as the pedestrian footbridge at Florida International University.

Reality isn’t something that Joe Biden is comfortable with. He doesn’t seem to be spending much time there these days. More and more frequently, he can’t remember how his sentence is supposed to end. His big bold infrastructure scheme is one of those things he got lost in the middle of.

Economists keep telling him he can’t keep buying all the groceries with the credit cards. He won’t listen because his handlers make him keep trying anyway. The Deep State will make it work, that’s their end. “Just read the script Joe,” they say.

As reported by the left-leaning Washington Post, His Wisdom and the team of Palace negotiators view his week’s meetings with key Congress members as “crucial to determining the path forward.” They want to know how hungry Republicans are for “a deal.” Not conservatives, that’s different.

They believe in the reality of “inflation” so progressives aren’t wasting time trying to convince deplorable nationalists to go along with their fantasies. Instead, they’re hunting RINOs like Mitt Romney and Liz Cheney to see if they can count on the support.

On Wednesday, the top two ranking members from each caucus were granted an audience with His Wisdom in the Palace Throne Room. Nancy Pelosi and Chuck Schumer faced off against Mitch McConnell and Kevin McCarthy in a cage match described as “cordial but not obviously productive.”

The whole discussion centered around the economic reality of trying to fund nonsense like electric vehicles without raising taxes and crippling the economy. They eventually got down to bickering over the “very definition of infrastructure.” Pundits have already predicted the ultimate outcome. The most likely scenario “remains weeks more of bipartisan theater, followed by a massive reconciliation bill that the White House sells to moderate Democrats as being simply too big to fail.”

According to what the Post calls “several accounts of the meeting,” The four top congressional dogs agreed there is a need to fix “physical infrastructure” like the crumbling bridges and roads. Maybe an airport or two, and everyone needs broadband. So that’s a start based on reality. It ended there.

The two Republicans firmly declared “no new taxes,” calling it a “red line.” They are “not interested in reopening the 2017 tax bill,” McConnell declared afterwards. “We both made that clear” to Imperial Leader Biden. “That’s our red line. Raising taxes would be the biggest mistake you could make.”

Official Palace spokesunit Jen Psaki says they filled Joe’s pens up with red ink so he can scrawl a few lines of his own. No Hunter, not those kind of lines. The red ink will flow like blood in the accounting department but Biden is holding firm and his “red lines” are “doing nothing and tax increases on families making less than $400,000 a year.”

The Democrat side, including Pelosi, whines that McConnell is convinced that “the 2017 GOP tax cuts for the wealthy” are more important than funding social progress. We “have a different set of values,” she notes. They see reality through a haze of psychedelics.

The group kicked around the idea of raising money by going after tax dodgers but that didn’t get much support. It’s been beat to death already and if the IRS can’t seize something these days, it can’t be grabbed.

Pelosi insists she’ll consider any suggestions but can’t come up with any ones of her own that will work in the reality of this dimension. Biden says he really doesn’t care one way or the other, he’s just checking which way the wind blows. “I want to know what we agree on and let’s see if we can get an agreement to kick start this. Then fight over what’s left, and see if I can get it done without Republicans if need be.” 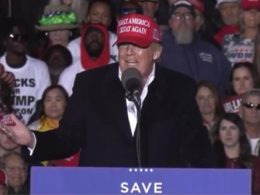 President Donald J. Trump addressed an estimated 30,000 in the town of Florence, Arizona on January 15th and…
byMatthew Holloway 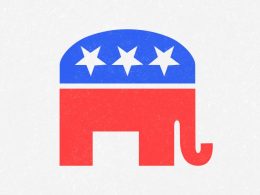 In West Virginia’s House of Delegates, the Republican supermajority is gaining another member, as Delegate Jason Barrett has…
byAnastasia Boushee