An Officer of the law has done the unthinkable by selling the key to the women’s wing of the prison to a psychotic male inmates. The women described the disgusting incident as a “night of terror,” after they were repeatedly sexually assaulted and attacked by male prisoners who were let in with the key.

The claim is that former jail officer, David Lowe, sold his key to male inmates for $1,000. The key gave them access to a female holding area where the women were raped, assaulted, and harassed.

A lawsuit, filed Monday, says the horrendous experience began on the night of October 23, 2021, and was carried on into the early morning hours of  October 24, 2021. The lawsuit states that the incident “resulted in significant physical and emotional injuries.”

But it only gets worse as the lawsuit describes the night of terror for these women and the fact that, although fully staffed, no officer came to their aide.

“Amazingly, even though there were surveillance cameras positioned in locations that showed the male detainees accessing the woman’s Pods, and even though the incident involved multiple male detainees and dozens of victims over an extended period of time, not a single jail officer on duty that night came to the of Plaintiffs and the other victims,” the lawsuit alleges.

Attorney William McCall, who represents some of the plaintiffs, told the Law&Crime publication, in a phone interview, that the attacks only came to light after one woman, who is a party to the lawsuit, complained about the incident. She was then moved to a different jail. That same woman became pregnant as a result of being raped that night, the attorney claimed, and later miscarried after she bonded out of custody.

“The men repeatedly threatened to sexually assault the women,” according to the lawsuits.

“It was literally two of the worst hours of their lives,” said Steve Wagner, an attorney for the eight women who filed suit this week.

Two women reported being raped and others were groped and harassed, according to the lawsuits. Women allegedly suffered “bleeding, vaginal tears, and genital herpes.”

The Daily Wire reports on the horrific details:

Despite screams for help, no guards came to the aid of the female prisoners during the hours-long attack, according to the lawsuits. Instead, guards allegedly put the women on lockdown and left the jail lights on for 72 hours.

“These females were doing everything they could to alert the jail staff. They were pounding on the door for help. They were hitting the buzzer on the inside of the pod in order to alert jail staff,” attorney Bart Betteau told 13WTHR.

Guards also seized “authorized personal property from the women such as pillows, blankets, and personal hygiene items without any legitimate security reason,” according to the lawsuits.

The lawsuit filed this week accused Lowe of giving inmates access to the women and being “deliberately indifferent” to the “substantial risk” they faced.

Other jail officers failed in their duty to protect female inmates and never intervened to stop the attacks, according to the lawsuits.

Lowe was summarily fired and charged with trafficking with an inmate, felony official misconduct, and aiding escape. Clark County Sheriff Jamey Noel is also named in both lawsuits, which accuse him of not providing proper training for the guards.

“These systemic failures allowed numerous male assailants to have free run of the jail for several hours, resulting in a night of terror for the Plaintiffs and other victims,” lawyers for the women declared.

Clark County is in the southern portion of the Hoosier state, directly across the Ohio River from Louisville, Kentucky. 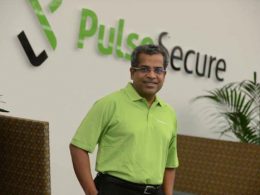 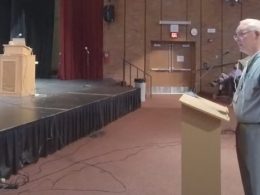 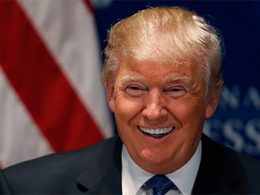