While President Trump has taken to the trail to reinvigorate America-First Republicans across the country, frustrated RINO Presidential Candidate-cum-Senator Mitt Romney (and judging from his numbers in Utah, not Senator for long) took to CNN’s State of The Union to divide and embarrass the GOP. Jake Tapper, another once bright star who has lost all semblance of credibility in the morass of the 2020 Election wove a narrative blanket for Romney to curl up in and dream of his 2024 ambitions.

Citing the “Big Lie” and calling the ongoing Arizona Senate Election Audit “ridiculous, partisan” and quoting disgraced AG Bill Barr from The Atlantic calling it “Bullshit” Tapper asked Romney, “Do these repeated lies about the election, the whitewashing of what happened January 6th: Do you think it undermines American Democracy? And if so, do you think more of your Republican colleagues need to speak out?”

Romney Pitches To Retake Control Of The GOP

Romney comfortably slid into his ready-made hit piece, complete with well-rehearsed condemnation of Trump and an unshakable devotion to the Democrat-Socialist narrative.

“I do think it’s important for each person to speak the truth and to make clear that the “Big Lie” is exactly that. I can tell you that it is surely being used around the world to minimize the support for democracy. There is a battle going on in the world right now, between the autocratic nations, like China and Russia, and nations that believe in democracy. And if the autocratic nations can point to the United States… and can say ‘look, they can’t even run an election there that’s not fraudulent…’ that obviously is having an impact on the cause of democracy and freedom around the world.”

Mitt Romney on Trump continuing to push the Big Lie:

“But I also think, frankly… that here in the U.S. There’s a growing recognition that this is a bit like WWF (The WWE Since like 2002?); that it’s entertaining, but it’s not real… I think people recognize that it’s a lot of show and bombast, but it’s going nowhere.”

The election is over; it was fair.’ Romney said.

What were his sources of information Mitt? It was from voices that you never learned how to hear: regular, ordinary American people who could see that something was terribly wrong.

That’s who Mitt. The type of people who saw through you in 2012, and some who hoped you were better and were bitterly disappointed. Exactly the type of people who see you now, aligning with the Democrats in Congress and the Biden-Harris Regime as their controlled opposition, linking arms with the likes of Rep. Liz Cheney, and Senators Murkowski and Collins attempting to resurrect John McCain or George W. Bush’s GOP. 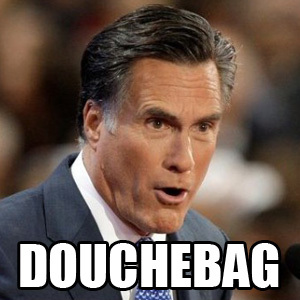 Democrats may have known this was coming, but they didn’t expect it to be so powerful. Appellate attorney…
bySandy Ravage

A Democrat Secretary of State has put herself, and her state, under the microscope after announcing that her…
bySandy Ravage

Jen Psaki Tries to Walk it Back, Fails Horribly

During what could easily be described as a ‘historic’ press conference, in both how few Joe Biden offers…
bySandy Ravage