Oregon Governor Kate Brown (D), has been the subject of severe criticism for her refusal to handle the explosion of BLM and Antifa violence in her state and is facing a growing uprising of counties in the east who are fighting to secede and join Idaho to escape her party’s insane rule. Now, she is claiming the mismanagement of Oregon’s forests isn’t to blame for the devastating wildfires that have wracked Oregon, no it’s “climate change” and even worse she claims at the core of the poor response is that FEMA doesn’t provide aid to illegal immigrants, indigenous people and people of color. Seriously.

No! It’s Not Gross Land Mismanagement…It’s Uhhh…CLIMATE CHANGE… and And AND RACISM!!!

In an interview on Face The Nation on July 5th, Gov. Brown said, “We have been working to prepare for climate change in this state for a number of years,” she claimed. “What was unprecedented, of course, was the three days of record-breaking heat, and it was horrific to see over 90 Oregonians lose their lives.”

She continued to imply to the mainstream media outlet that disaster responses in her state are racist in nature according to OANN she said, “communities of color are much more likely to be impoverished, which makes them more susceptible to disasters. To solve this, she suggested her state apply focus on working with non-white residents.”

Brown expanded, “What is really, really clear, that just like we saw during the pandemic, throughout these emergency events are communities of color,” she explained.

“Our low-income families are disproportionately impacted and we have to center the voices of black and brown and indigenous people at the forefront of our work as we do emergency preparedness.”

Who Are The “Heart and Soul” Of Oregon Culture Again Kate?

Almost on queue, Brown dropped another rhetorical bomb that should serve to deflect attention from Oregon’s horrendous land use issues, she continued,

“Of the families that lost homes in southern Oregon last Labor Day fire, several hundred of them were undocumented.”

“FEMA does not provide aid or assistance to these families, It is absolutely unacceptable. These families are so much a part of our communities. They’re the heart and soul of our culture and they are the backbone of our economy.”

Phew.. kind of takes your breath away, doesn’t it?

Oregon’s citizens who’ve grown up their whole lives there? No. Families and businesses stretching back to the 19th century? Nah! How bout’ those illegal immigrants though! The people who flouted our laws and whose very presence is a criminal act, now THERE is CORE of Oregon’s culture right there.

Oregon’s horrific mismanagement of their forests is a thing of legend, even after the fires, there were STILL crazy green-leftist protests against removing hazardous trees from the forests alongside roads and properties that burned last year! The Eastern Oregonian reports “As the project progresses, though, more and more workers have come forward with allegations of mismanagement and excessive tree cutting.

The group temporarily stopped work off Highway 126 east of Eugene as a helicopter was moving logs. A spokesperson named Clover said they couldn’t stand by while more trees were cut.”

Even though post-fire hazardous tree removal has been A STANDARD PROCEDURE of the U.S. Forest Service and Bureau of Land Management for decades in order to reduce safety risks to the public and allow burned timber to be sold before it rots, these people STILL will not let the experts do their jobs to reduce wildfire risk in Oregon. And Brown of course will cave to them… Because after all: she’s too busy preparing for “climate change” and pointing out her own Government’s “racism”.

The ides of March have come late for Governor Gretchen Whitmer, but they are not likely to disappoint,…
bySandy Ravage 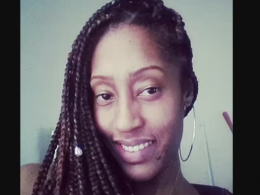 Authorities have threatened to cut off Black Lives Matter’s funding, and are now threatening to punish the group’s…
bySandy Ravage 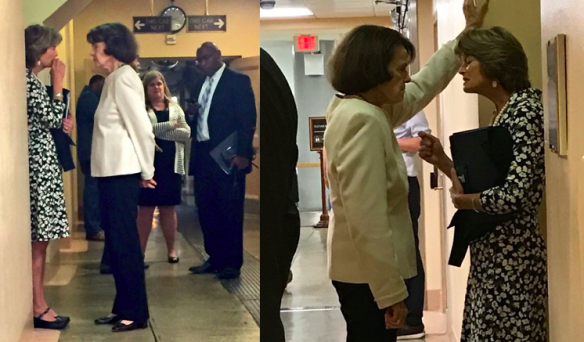