One of the biggest surprises coming out of Igor Danchenko’s arrest, on the orders of John Durham, is the way everything seems to splatter back all over Rod Rosenstein. The FBI and Ministry of Justice are considering it “a warning shot across the bow.” Rosie, the Danchenko indictment notes, “lied in his testimony before the House Intelligence Committee.” Democrats are trying to find a way to pin it on Steve Bannon.

According to Kash Patel, a lead Obamagate investigator for Republicans, “John Durham could have some surprises for a lot of people.” Everybody “knew that Hillary worker and former DNC operative Charles Dolan helped fund and contributed false information to the debunked Steele dossier.”

Nobody in the Federal Bureau of Instigation or Department of Injustice would admit Dolan’s involvement, “which allowed the bogus investigation to continue.” There can be only one reason. “Obviously, the reason none of them mentioned it was because it would have ended their coup attempt against President Trump.”

Fiona Hill could also get a shock. The “star witness in the second impeachment trial of President Trump” was cozily sandwiched in between Danchenko and Dolan.

Patel’s pretty well connected but he “never heard of Charles Dolan until this past week when John Durham indicted Igor Danchenko.” The court paperwork revealed “that Democratic operative Charles Dolan was one of the sources for the dossier compiled by former British spy Christopher Steele.”

Not only that, the Durham indictment proves “the FBI and Department of Justice withheld information from congressional investigators.” That’s a no-no, Patel explains.

“I’m the lead Russia guy, and I had never heard of this guy. It means, to me, the FBI, DOJ under Rod Rosenstein withheld information that was critical to the Russiagate investigation that we were running in 2017, 2018. And who knows what else they’ve left out?”

Durham seems to be zeroing in on Rod Rosenstein, who briefly found himself as deputy attorney general under Once and Future President Donald Trump before the world learned what a rat he is. The first scandal appeared when he allegedly offered to wear a wire so he could entrap Trump.

He’s also the one who gave Grand Inquisitor Robert Mueller his vast, sweeping, powers to run a Russia collusion witch-hunt. Despite the freedom to do as he pleased, Mueller still came up empty. That’s because it was all made up by friends of Hillary Clinton.

The only one actually colluding with Russia to improperly influence an election was Hillary Clinton. Dolan, meanwhile, “has had a relationship with former President Bill Clinton and former First Lady Hillary Clinton since the 1990s.”

Long before Durham took notice of him, “Dolan campaigned on behalf of the latter in the 2016 presidential election.”

If you follow the trail of breadcrumbs, Hillary Clinton, through her campaign, hired Steele, made up dirt against Trump, fed Steele the made up dirt for his dossier, then fed the dossier to the FBI, who swallowed the whole fictional thing, hook line and sinker. They can plausibly deny any wrongdoing while they followed Hillary’s orders to the letter.

When the FBI got balky and started asking questions, they leaked the same info to John McCain and a few press outlets, then used all the separate pathways to corroborate each other. That way, Hillary was able to weaponize the Foreign Intelligence Surveillance Court into spying on the Trump campaign for her. It will be interesting to see what happens when she tries to hand her get out of jail free card to John Durham. The Deep State might be forced to nuke Yellowstone, or something, to prevent that showdown from happening. 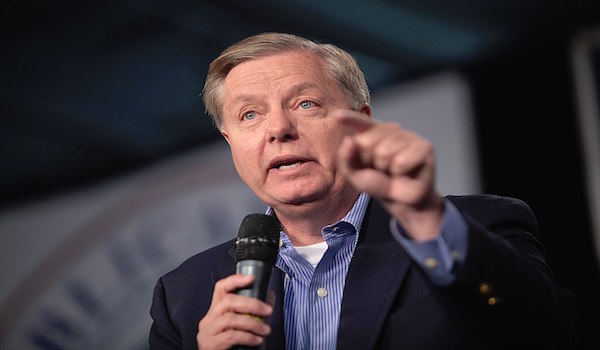 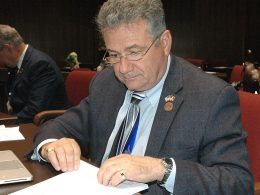