An anarchist infiltrated the virtual City Council meeting in Portland, Oregon by disguising himself as an Antifa® affiliate. He hijacked the show away from stunned officials who, as usual, were powerless to stop it.

Comedian Alex Stein checked into the Portland, Oregon virtual City Council meeting as “a member of Antifa.” The pow-wow was centered around the proposal for mandatory vaccine passport requirements.

He assured the screeners he was thrilled with city officials and the way they were handling things. He most certainly was. He couldn’t wait for the the public comment session.

Dressed in regulation BLM black with a stylish blue surgical face mask, Stein profusely thanked Portland City Council for all the great things they did for him. Especially, someone living in an El Camino with his dog.

He spoke from the ride about how awesome Mayor Ted Wheeler was for enabling drug use and forcing police to stand down.

He was all for making everyone in Portland carry a vaccine passport. Unvaccinated people really irritate him. As soon as his mic came live he “introduced himself as “a member of Antifa” and commended city council for their support of radical left extremists.

“Yo, I just want to say I’m a member of Antifa and listen, I was in Texas. I had a wife, she worked at a bank, she worked for eleven years and I had two kids. She got all radicalized and became a Trump supporter so I took the dog, I took the car, and I drove straight to Los Angeles.” With the top of a bong poking up in the bottom of the frame. In his car.

“I’ll be honest with you, LA was terrible. It was a nightmare. And then I met some guys, we rode some trains, and went up to Portland. This is the best place!” He could hardly contain his enthusiasm.

“The cleanest methamphetamines that I’ve ever done but the problem is… all these dope users out there… a lot of them aren’t vaccinated.”

He went on in graphic detail about how “clean” the drugs are in Portland. He was especially pleased about the reigning state of anarchy and “how there are essentially no rules.”

People, he exclaims, “can do as they please.” He can spend the day with his dog watching art movies to his heart’s content. “He praised the policy of allowing people to take their dogs into movie theaters, saying that can’t happen in Texas where ‘they’ve got all these rules.‘”

At the Portland city council meeting, a comedian (@alexstein99) joined to say he's part of #Antifa & appreciates the drugs available in city. He thanks @tedwheeler for not allowing police to respond when his comrades tried to burn down federal courthouse. https://t.co/FDwn2VcTGy pic.twitter.com/KHmZ5rm1gG

Proudly “triple vaccinated,” he thanked Portland officials for not harassing him as he lived in his car. “I’m triple vaccinated and I’ve been telling you, this El Camino, I’ve been parked on the street living out of it for three weeks, nobody has said anything at all.”

The stunned officials were still convinced he really was the average anarchist on the street up until he mentioned destruction of federal property. Until then, they were clueless.

During 100 continuous nights of rioting in the summer of 2020, the arson got out of control.

“What happened at that federal building? It was sweet, ya’ll were so chill about it because alot of my boys were the one’s starting those fires. And I know some of my family friends that went down to Washington, DC on January 6, they’re now going to be in jail forever!” Portland leaders can’t deny they endorse two entirely different systems of justice.

He rounded out his allotted time with praise for the mayor. He noted how “tight” it was that Wheeler won’t let rioters go to jail. “Thank you for hooking us up, Ted Wheeler!” He’s “the number one chillest Mayor.” Portland City Commissioner Jo Ann Hardesty eventually popped in to get him off the screen. Casually quipping “we’re over time so we can cut him off now,” she downplayed the fact he’s all too accurate.

Wheeler chimed in, “I’ll take that in the spirit in which it was offered, which was complete sarcasm.” It may have been delivered sarcastically, but every word was the gospel truth, and they all knew it.

School Takes Woke Ideology to the EXTREME By... 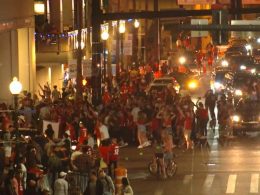 Jane Castor, the mayor of Tampa, Florida, has vowed to identify and prosecute people who did not wear…
bySandy Ravage 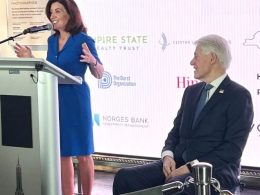 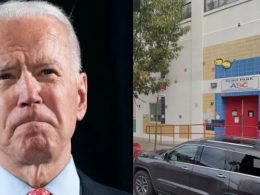 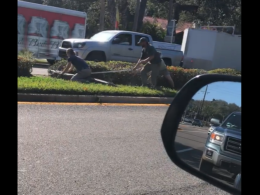 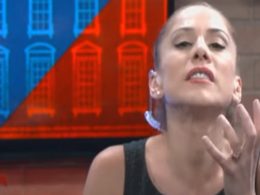