Missing California woman Sara Celeste Otero has been found dead two weeks after she went missing. Police located a body and Otero’s family was able to identify her by her three tattoos. The body was located in a restricted training area at Camp Pendleton, the major West Coast Marine Corps base located near San Diego. Police say that there is currently no reason to suspect foul play.

28-year-old Sara Celeste Otero had last been seen early in the morning in Oceanside, California, where she worked primarily as a massage therapist.

She left her mother’s house that morning after telling her stepfather that she was going to meet a friend at a local gym.

The family became concerned and reported her as missing when she did not return and the friend reported that they had not had any plans to meet Otero that day.

Otero was in a relationship with a man she had met fairly recently but the family knew that he was working at the time of her disappearance and had no knowledge of where she had gone.

Given that Otero had experienced substance abuse problems in the past and acknowledged that she was feeling depressed, her family immediately feared she may have harmed herself when she went missing.

Her stepbrother remained optimistic because she had told him not long before her disappearance “that things were starting to look up” in her life.

Otero’s phone was not turned on again after 10 a.m. on the morning she went missing and for some time authorities could not locate the Subaru Outback she was last seen driving.

Two weeks later, police finally located the vehicle parked at a southbound Interstate 5 rest stop. After this discovery they began to closely search the area.

A body was soon discovered at the base of a cliff. The tattoos confirmed that the body belonged to Otero.

Police believe that Otero intentionally entered the restricted training area at Camp Pendleton and they say that there are no signs of foul play.

The nature of the restricted area likely explains why the search for Otero took as long as it did, as the location is not populated or heavily used.

The most ardent Second Amendment defender in Congress, Representative Lauren Boebert threw down the gauntlet and assailed the…
bySandy Ravage 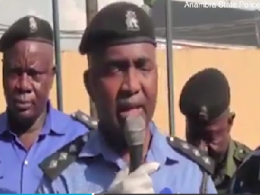 Thirty-five girls, many of who were teens but some even younger, have been rescued in Nigeria from a…
byStaff Editor 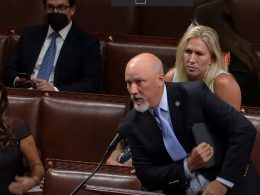 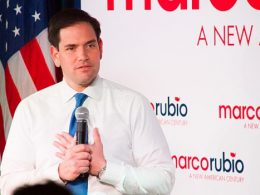