A woke Wisconsin school district has told its teaching staff that if students reveal their gender identities to them, they should not tell their parents.

Michael Johnson, the woke Wisconsin superintendent, has become the center of a parent-teacher firestorm after leaked documents showed that instructors were told that parents must “earn” the right to know their children’s sexual identity, and that the school pushed a “heterosexual privilege” checklist.

Teachers at the Eau Claire School District in Wisconsin were told that if a child told a member of the staff that they were gay or transgender, it should not be revealed to the student’s parents.

One slide in the training presentation stated:

“Remember, parents are not entitled to know their kids’ identities. That knowledge must be earned.”

The Daily Mail provided more details of the story:

A woke Wisconsin school district has instructed its teaching staff not to reveal pupils’ gender identities, should students reveal it to their teachers while in class.

The absurd instructions were explained to educators and included as part of staff development training with the Eau Claire School District.

Staff was specifically told that if a student told a staff member they were gay or transgender, they should not reveal such information to the child’s parents.

The school district’s aggressive push for “gender-nonconforming” accommodations has frustrated parents and educators who say the school’s training and policy changes surrounding the issue have gone too far.

Ian Prior, a senior adviser at America First Legal and creator of the Fight for Schools PAC, stated:

“The actions of the Eau Claire Area School District are not only dangerous to the mental, emotional and physical health of its students, but they also violate the constitutional rights of parents to make choices about their family life and upbringing of their children.”

The school’s superintendent claims that the rule is to “ensure students feel safe particularly if they are ‘unable to be themselves’ while at home.”

And indeed it is parents, not teachers, who should have control over decisions regarding their child’s sexuality. With all of the grooming that goes on in schools, it is important that parents catch it early if their child develops sudden tendencies towards a differing sexuality.

True, some kids really are gay, but they normally don’t discover it until later in life. And certainly, they should not be taking actions towards their sexuality at a young age. Parents have a right to know.

Liberals LOSE THEIR MIND...Calling For His Head 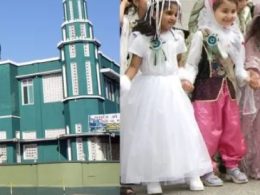 Man Goes on a KILLING RAMPAGE…All While on Facebook LIVE

After a major killing spree rampage, over the course of several hours in two states, Ezekiel Kelly is,…
byMark Megahan 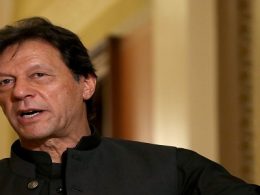