Hopes that the Canadian trucker protest in Ottawa would fizzle away as the week began have now faded and left authorities resorting to aggressive threats. Attempts to forcibly end the blockades at the U.S.-Canada border were foiled when multiple tow truck companies refused to assist in removing the trucks. The most dedicated protesters appear to have no intention of abandoning their efforts until the government agrees to negotiate or they are dragged away by force.

Prime Minister Justin Trudeau has consistently dismissed the protesters as a “small fringe” and has been adamant about his unwillingness to meet with them or listen to their concerns.

After the weekend height of the protest, most supporters have had to return to their lives and work, but a dedicated core of truck drivers has vowed to be a nuisance to the government until it decides to listen to them.

The Freedom Convoy began as a protest of the vaccine mandates imposed on truck drivers whose work takes them across the border. It soon snowballed into a much larger anti-Trudeau movement.

As the convoy made its way to Ottawa it was greeted by cheering crowds on overpasses and the sides of highways. Even more donated money to support the cause.

Trudeau himself must have been aware that the protest was anything but a “small fringe” given that he fled the city and sheltered in an undisclosed location before they arrived.

The protest itself was overwhelmingly peaceful and civil; despite efforts by the Trudeau’s party and the mainstream media to portray the crowd as an unruly mob, there were no deaths, injuries, or major crimes associated with the protesters.

Protesters cleaned up vandalism and cheerfully spoke to rank-and-file police officers while city officials and liberals in parliament fumed and grasped for a way to drive them out of Ottawa.

The most dedicated of the truck drivers, both in Ottawa and at the border, have refused to leave even after being threatened with arrest.

Towing companies contacted by the authorities to remove the blockades at the border have reportedly refused to help, either out of concerns about public relations or simply because they support the truckers’ cause.

The protest has accompanied and exacerbated existing controversies in Canadian politics. Conservative Party leader Erin O’Toole was decisively toppled in a vote by conservative MPs who disliked his efforts to move the party to the left.

Trudeau is relatively unpopular despite his victory in the September elections and his nonexistent response to the protest is unlikely to convince anyone currently questioning his commitment to the job.

Most importantly, Canadian patriotism has finally been given something to rally around. The truck drivers might have specific demands, but for the crowds of normal Canadians supporting their efforts, it is also a very welcome opportunity to wave the maple leaf with pride again.

SHOCK Report Leaked… Biden Does NOT Want This to Get Out

The latest ICE report is out regarding deportation for the Fiscal Year 2022. Let me just say that…
byAnthony Smith 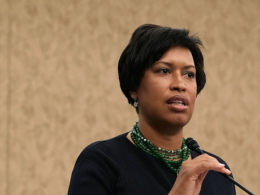