No verdict has been reached yet in the trial of four men accused of plotting to kidnap Michigan Governor Gretchen Whitmer, but the case has already brought new scrutiny to the methods used by the FBI over the course of its investigation. The methods used in the Michigan case are not unique and the outcome of this trial could have significant implications for the future of other cases involving the FBI, including the January 6 investigation.

News of the kidnapping plot grabbed headlines across the country when it emerged in October 2020, only a month before the presidential election in November.

Before January 6 the story represented the alleged danger that the right posed to America; after January 6 it became an unheeded warning of what was to come.

As updates on the plot continued to emerge, however, it became clear that the case was not what it had initially appeared to be.

The jury that is currently deliberating the fate of the four accused men will decide whether this was a genuine terrorist plot or  an overzealous FBI operation.

The defense has argued that this is a case of entrapment, but the actions of the FBI almost amounted to an orchestration of the entire scheme by federal agents and informants, given that the leader of the group was apparently one of them.

The Bureau was clearly very heavily involved in the kidnapping plot, but for the men on trial the verdict will be about assessing how serious threats encouraged by informants and agents really were.

None of the defendants appear to have had any especially coherent motives or abilities that could convert talk into action.

The defense has relied on depicting them as clueless bumblers who got high on weekends and boasted about imaginary plants to take down the government.

Their attorneys say that informants paid by the FBI pushed them into this talk and encouraged them to take steps towards making concrete plans.

The FBI does have an extensive record of doing this sort of thing. In recent years the focus has shifted towards the right, but in the years after 9/11 there were multiple controversies surrounding cases in which paid informants actively encouraged the Muslim extremist plots they later exposed.

It’s an uphill battle for the defense in this case because the jury must decide that the accused men were actually unwittingly dragged into an illegal scheme rather than simply embracing encouragement from the informants.

If the jury does agree with the entrapment claim then federal agencies could be in serious trouble, as a new round of scrutiny directed against their methods in 2022 could seriously undermine a number of other controversial cases.

It’s no surprise that the FBI would have informants planted in the conservative patriot movement, but America was…
bySandy Ravage 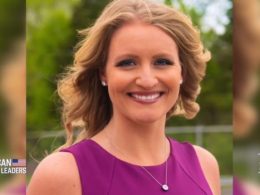 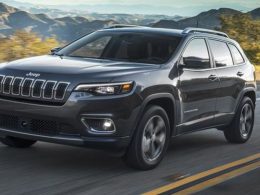