Terrifying new data has been revealed showing the numbers of persons on the terror watch list attempting to make their way into the country has increased as a result of the southern border crisis.

Experts have warned that the border crisis spiking the number of illegal immigrants crossing into the US could also mean that many individuals on the terror list could have already snuck in undetected.

Todd Bensman, the author of “America’s Covert Border War,” which discusses how terrorists ​try to exploit the immigration system, said, “The big worry is with the chaos down there, when you have these kinds of people coming to the border, you have to assume that some of them got in.”

In Fiscal Year 2022 there have been 50 arrests of migrants on the Terrorist Screening Database (TSDB) at the southern border by Border Patrol between ports of entry. That’s compared to 15 in FY21, which was up from three in FY20 and zero in FY19. There were six in FY18 and two in FY17 — meaning that the numbers this year are already higher than the previous five years combined.

Top Republican on the House Homeland Security Committee Rep. John Katko (R-NY) mentioned how he had been chastised the previous year when he expressed concerns to agents about terror suspects entering the country.

“Fast forward a year, and our initial concerns have not only been vindicated but have grown to represent one of the most disturbing facets of the Biden administration’s border crisis,” Katko ​said.

In fact, just last month an attempted assassination plot against former President George W. Bush, which required the smuggling of four ISIS-linked members across the southern border, was foiled by federal authorities in Ohio.

CBP commissioner under the Trump administration Mark Morgan commented that the increase in migrants crossing the border in addition to the 15 encounters of people on the terror list indicates a “real national security risk on our southern border.”

“I’m concerned that the next terrorist attacker is already in the United States,” Morgan said, “because of this administration’s open border policies.”​

On average, the CBP holds about 12,000 people each day, however less than half of them are removed, according to the Washington Times.

Biden Flops HARD With This One…

With citizens throughout the nation currently sour on Joe Biden’s handling of migration, diplomacy, and the economy, Republicans…
bySandy Ravage 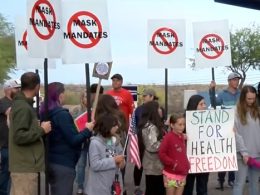 A group of Muslim women at Syracuse University is lobbying to add women-only hours at the pool. The…
byStaff Editor 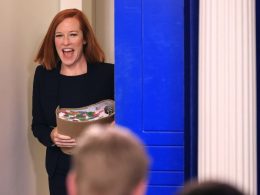