The latest in the twisted saga of CNN producer John Griffin is that he tried real hard to pay for his victim’s silence. His freaky frolics recently came to an end when the FBI finally got around to arresting him, they knew about his kinky child sex crimes for a year and a half but instead of rounding him up, they let him horse around on the set with equally disgraced CNN anchor Chris Cuomo.

A fresh set of court documents reveal that CNN producer John Griffin tried real hard to “deceive, delete, and spend his way out of being held accountable” for his perverted appetites, including prepubescent incest.

That includes trying to pay off his victims. The 44-year-old was indicted by a Vermont grand jury on charges of attempting to “induce minors to engage in unlawful sexual activity.” That doesn’t even begin to describe how sick he is.

Griffin is accused of bragging in online chats about luring “girls as young as 7” to his home. He provided private tutoring in “sexual subservience.” He preferred to work with mothers and daughters at the same time. CNN yanked Griffin’s pay check right after his arrest and their on-air staff continues to dwindle one-by-one in disgrace.

Griffin is looking through a camera lens at up to 10 years in federal prison “for each of the three counts he is facing in charges involving a 9-year-old girl.” She wasn’t his only victim, only the one he’s under arrest for.

Federal prosecutor Nikolas Kerest told the judge what a huge mistake it would be to let Griffin out on bail. He would pay it and never be seen again. The suspect’s “detention is crucial to community safety.” He’s another Epstein.

Griffin is “a wealthy man who is desperate to avoid facing justice” with a history of mental illness, substance abuse and alleged sexual assault of minor.”

He was twisted enough to consider phrases like “little slut,” “little whore,” and “little b—h” as the appropriate way to talk to “young girls and babies.” He was willing to pay extra for things like that.

The Federal Bureau of Instigation didn’t do anything about him for 18 months, even though they had all the evidence they needed. While “chatting with someone online who admitted to sexually assaulting a baby, Griffin reassured the assailant.” Oh, it’s okay. Everybody does that.

“You need to promise me that you will always understand what you’re doing is right, OK?” Another “$4,000 via Venmo” went to “a family member of the 9-year-old he is accused of assaulting as part of an ‘apparent pay-off.'”

The feds were fully aware of Griffin’s perversion, but too busy trying to pin Russian collusion on Donald Trump to do anything about it. After all, CNN is on their side. Along with pay for travel arrangements, “Griffin attempted to lure at least four girls, ages 16, 14, 13 and 9, to his Vermont ski house.” They planned such fun activities as “training sessions” on such things as “spanking” and “c–k worship,” reportedly saying a “woman is a woman regardless of her age.”

He “allegedly told Heather Carriker, a mother of two daughters, that she needed to ensure her girls were ‘trained properly,’ the DOJ said. Then, in July 2020, he allegedly gave Carriker $3,000 to fly with her 9-year-old from their home in Henderson, Nevada, to Boston, where he picked the two up and brought them to his $2.5 million Vermont mansion.” The feds will be seizing that. 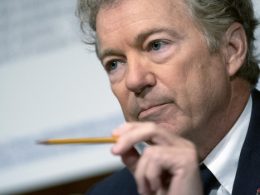 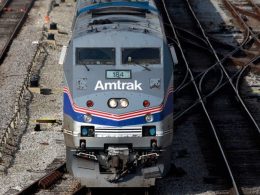 Amtrack finally ended its mask mandate for all staff members and guests.. In an e-mail sent out to…
bySandy Ravage