“We’re fixing to overturn the results of the election in multiple states.” Powell declared. “President Trump won by not just hundreds of thousands of votes but by millions of votes, that were shifted by this software that was designed expressly for that purpose. We have sworn witness testimony of why the software was designed. It was designed to rig elections.”

“They did this on purpose, it was calculated. they’ve done it before. WE have evidence from 2016 in California. We have so much evidence, I feel like it’s coming in through a fire-hose.”

71 million and actually multiple millions more whose votes were thrown out or illegally changed for #Biden #Trump won this election in a landslide 🇺🇸
The #truth will come out. This was #coup5.0 but it will also fail 🇺🇸@realDonaldTrump @RealRLimbaugh @LLinWood @RudyGiuliani https://t.co/OyaYz29kTs

The ‘nuke’ was huge: bribery, kick-backs, or payola. Worse, Powell says that Gina Haspel, head of the CIA knew about it and did nothing. And Powell was clear in her criticism “Why Gina Haspel is still there in the CIA is beyond my comprehension,”

“We’re talking about $100 million packages for new voting machines suddenly, in multiple states, and benefits ranging from financial benefits for family members to sort of what I would call election insurance, because they know that they can win the election if they are using that software.”

According to Powell, this is the same software that was used in Venezuela’s elections that ushered the dictator Nicholas Maduro to power as reported by Reuters in 2017.

“We know, without any doubt, that the turnout of the recent election for a National Constituent Assembly was manipulated,”. -Antonio Mugica, Smartmatic CEO

According to a report by Medium in 2018 “In 2005, Sequoia was acquired by a voting machine firm called “Smartmatic.” The acquisition raised eyebrows in the U.S. because, in 2004, the Hugo Chavez-led Venezuelan government had selected Smartmatic “to provide the voting machines system for the presidential recall election, even though it would have been the company’s first time providing machines for an election.” The company was then sold in what the article calls a possible “sham transaction”.

We must be thoroughly investigate these allegations and root out the perpetrators. Or this could be the explosive that destroys the American electoral system. 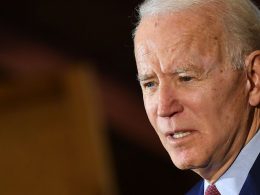