While in the San Diego federal court, 40-year-old Matthew Isaac pled guilty to a single count of conspiracy to commit sex trafficking. Isaac admitted to his ringleader role in a scheme that recruited countless women under false pretenses for pornography.

“Wolfe lied to and preyed on vulnerable young women, subjecting them to years of relentless harassment, fear, and mental anguish.”

“This crime had a devastating impact on the victims. We will seek justice for human trafficking victims in hopes that it will help them reclaim their lives and leave the pain of this experience in the past.”

The worst part? Wolfe revealed that co-owner of the operation Michael James Pratt, who is still on the run from authorities, also operates a website called pornwikileaks.com, where identifying information for women being filmed has been posted.

According to the DOJ, the website’s purpose was “exposing” the true identities of the women appearing in those sex videos, “causing the victims to be subjected to severe harassment.”

Wolfe originally moved to the U.S. to work for Pratt in 2011, performing various responsibilities before his arrest in 2019. These tasks would include promoting the business, overseeing company finances, and uploading videos.

A federal grand jury indicted Wolfe three years ago while he and others were facing a lawsuit filed by 22 female victims in San Deigo Superior Court. Wolfe and the others would allegedly recruit women as “models,” who would then be pressured into having sex on camera in various locations like hotel rooms and short-term rentals. Victims testified that they were given alcohol and marijuana before signing a contract, raped, and threatened if they asked to stop.

The videos were published on GirlsDoPorn and other websites despite the women, one of whom was a minor at the time, believing it was for a DVD collection overseas.

The case would eventually end in a $12.7 million judgment against Wolfe, Pratt, and adult performer Ruben Andre Garcia.

“This crime had a devastating impact on the victims,” U.S. Attorney Randy Grossman said.

Wolfe faces a maximum penalty of up to life in prison, while Moser and Gyi, who also pleaded guilty to similar charges, await their sentencing.

Garcia received 20 years after pleading guilty to a sex trafficking conspiracy to a U.S. District Judge in June 2021.

However, Pratt, who authorities have charged with producing child pornography and sex trafficking a minor by force, fraud, or coercion and faces 15 years in prison, is still at large.

Authorities believe Pratt, a New Zealand citizen, fled the country during the civil trial and has ties to multiple countries with “financial means to be anywhere around the world.”

“We know there are people that are helping Pratt,” William McNamara, a San Diego FBI spokesperson Special Agent, told The San Diego Union-Tribune.

Authorities listed Pratt as a fugitive and have offered up to $50,000 in reward money for information leading to his arrest. 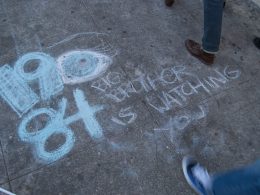 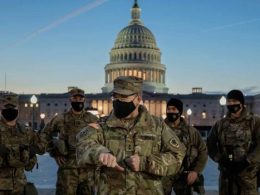 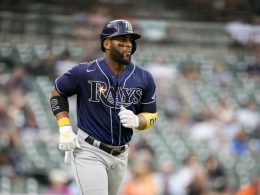