In one of the Democratic Party’s precious footholds in Arizona: Tucson a new Republican candidate has stepped up to take back the Congressional District 1 seat held by Congressman Tom O’Halleran (D-AZ). Meet Mr. Eli Crane. Eli is a Navy SEAL Combat Veteran, CEO of Bottle Breacher, a winner of television’s ‘Shark Tank’, a brand ambassador for Sig Sauer firearms, and a former member of the National Advisory Committee on Veteran Business Affairs according to his campaign website.

In his campaign launch video, Crane tells the voters,

“The problem with Washington politicians is they have no skin in the game. It’s all about them and almost never about us,”

Crane recorded this while having “We The People” tattooed on his right arm, the visual metaphor is impressive.

“Securing our border, standing up for law enforcement and our military, strengthening small businesses, cutting middle-class taxes, and protecting the integrity of our election, it’s time for we the people to take out country back,” he said in the ad.

AZ1 Will Not Be An Easy Fight

Arizona’s contentious first district has been in Democrat’s hands since 2012 when Ann Kirkpatrick narrowly defeated Jonathan Paton after the incumbent Republican Congressman Paul Gosar moved to District 4 where he successfully won that seat against Democrat Johnnie Robinson. (Isn’t redistricting great?) 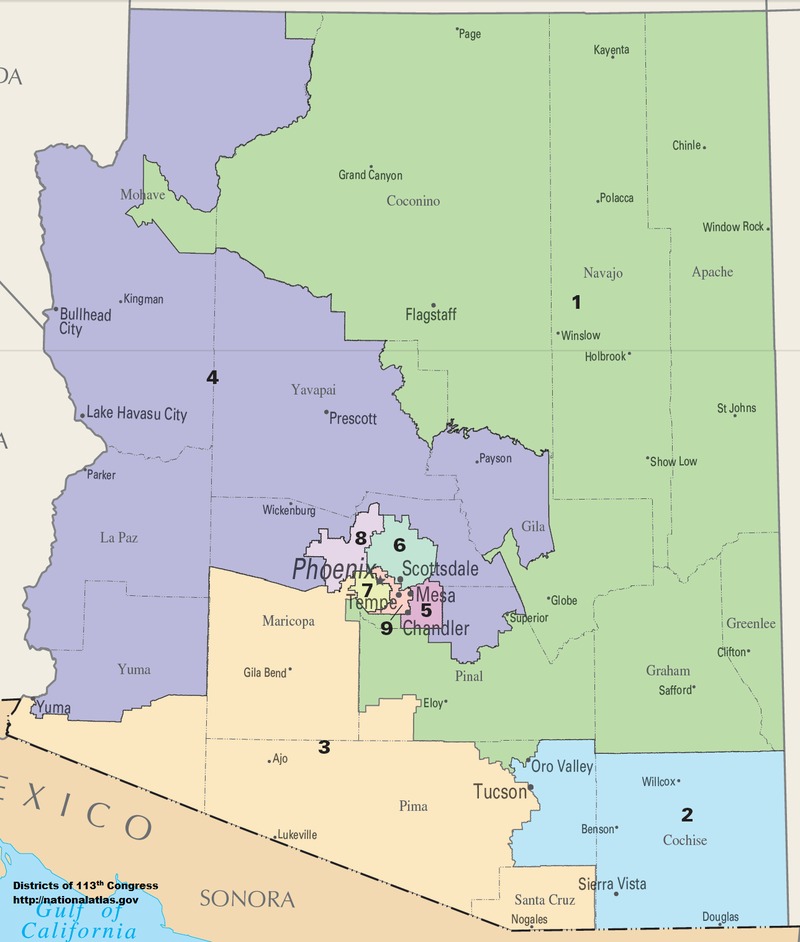 Eli might be looking at an uphill fight in District 1, in 2020, O’Halleran won with 51.6% of the vote against Republican Tiffany Shedd. The district is also vast, covering the entire northeast quadrant of Arizona, extending all the way down to Oro Valley on the outskirts of Tucson and west all the way to Chandler. The sprawling tract includes areas of all three major metropolitan areas of the Grand Canyon state with parts of the suburbs north of Tucson, those south of Phoenix, and encompassing Flagstaff and its surrounding region entirely. President Trump carried the district handily in 2016, but the hotly contested 2020 results showed that Biden carried it by a razor-thin .2% margin.

According to The Washington Examiner, Crane said,

“I proved in the past that I can outperform expectations, that I can overcome adversity, and I can definitely make this a national race,”

“We have a hell of a backstory,” he said, adding, “We started a multimillion-dollar brand, out of a car garage with a Dremel tool, some spray paint, and a computer. People want folks going into office that can get things done, overcome the odds, and do more with less, and we’ve proven that we can do that.”

A Bit More About The Navy SEAL Turned Entrepreneur

Like so many younger veterans Eli joined the Navy just days after the Al Qaeda attacks on 9/11. He would eventually serve with SEAL Team 3. A protege of Chris Kyle, Eli trained with the “American Sniper”,  “Chris loved making my life, my fellow new guys’ lives, a living hell, but he did it because war was tough, and I think he wanted us to be prepared,” Crane said of Kyle.

After serving for 13 years, Crane returned to Tucson to raise a family and launched his own business: Bottle Breacher with his wife, which landed him a spot on “Shark Tank” his pitch was well-received and Bottle Breacher won with Mark Cuban and Kevin O’Leary becoming investors. The business exploded from “out of a car garage with a Dremel tool, some spray paint, and a computer.” to a multi-million dollar company employing 35 employees and war veterans.

Eli said he became motivated to run because he believes career politicians don’t have “skin in the game”, dodging the important issues, especially those that are culturally charged taking specific aim at the perniciousness of ‘cancel culture’.

“I noticed how few people with influence are willing to talk about things that matter, and it seems like everybody that has a company or a platform, especially in the day and age of ‘cancel culture,’ is unwilling to do so,” he said.

“And so, I started thinking to myself, wait a minute, if I fought for this country and I was willing to die for it, and the biggest threat to our country is within, why shouldn’t I speak up about it?”

“I really feel like a lot of the fight in this country is in culture. And it’s with thought leadership, and I wanted to get involved in that,”

Eli will face off against Arizona Rep. Walter Blackman, a fellow Veteran in the Republican Primary and Mayor John Moore of Williams, AZ

Thank you to @kilmeade for helping us share our Congressional campaign launch with the country last night on @FoxNews Watch full clip: https://t.co/WwHFAzkY9E pic.twitter.com/tHFJF3gQyi