According to a report from Punchbowl News, House Minority Leader Kevin McCarthy has discussed plans to outright ban lawmakers from being able to hold or trade stocks.

Representative Kevin McCarthy (R-CA) is reportedly considering an “outright ban” on members of Congress being able to hold or trade stocks if the GOP were to retake the majority in the midterm elections.

“McCarthy told us his planning on this front is in its early stages, and he hasn’t yet decided on what kind of limitations there may be on stock trades or holdings,” Punchbowl News reports. “One idea would be to force lawmakers to hold only professionally managed mutual funds. Another proposal the GOP leadership is considering would bar lawmakers from holding stocks in companies or industries their committees oversee.”

“Other members have advocated for mandatory blind trusts for lawmakers’ holdings,” the report continues. “There’s been renewed debate in recent months over putting curbs on lawmakers trading and holding individual stocks. The logic is simple – members and senators often get sensitive information about U.S. policy before it becomes public. Under the STOCK Act, lawmakers and aides are prohibited from trading on such information.”

Speaker of the House Nancy Pelosi is among those most heavily criticized for her stock market trading, as she and her husband Paul have made millions off of what some claim to be insider trading. In December, Pelosi and her husband spent millions on call options for stocks just days after she defended lawmakers’ rights to trade in the stock market.

Here is that exchange between Pelosi and the reporter:

REPORTER:  Madam Speaker, Insider just completed a five‑month investigation finding that 49 Members of Congress and 182 senior Congressional staffers have violated the STOCK Act, the insider trading law.  I’m wondering if you have any reaction to that.  And secondly, should Members of Congress and their spouses be banned from trading individual stocks while serving in Congress?

NANCY PELOSI, HOUSE SPEAKER: No, I don’t – no, to the second one.  Any – we have a responsibility to report in the stock – on the stock.  But I don’t – I’m not familiar with that five month review, but if the people aren’t reporting, they should be.

REPORTER:  Why shouldn’t they be banned?

The question is, is McCarthy right? Should members of Congress be barred from trading stocks while in office? Or is Pelosi correct? Should we protect the idea of the free market for everyone, including lawmakers? 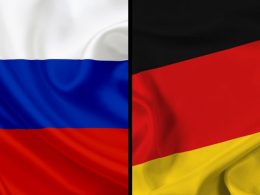 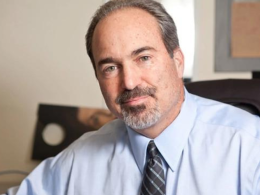 Media Attacks One of Its Own Over Misinformation On…

Nevada’s second-largest newspaper, the Las Vegas Sun, is reporting that a journalist who moderated a Nevadan gubernatorial debate between…
byStaff Editor