Herschel Walker has answered the call, it’s been confirmed. The America-First Republican and Heismann trophy-winning football legend has announced that he intends to challenge Democrat Senator Raphael Warnock in the 2022 election. Warnock won his seat in a special election to serve out the term of Fmr. Senator Johnny Isakson after he resigned in 2019. Initially, Senator Kelly Loeffler was appointed until the special election could be held in 2020. Warnock took office amidst the serious controversy and credible allegations of a badly corrupted election in Fulton County, which likewise cost President Trump Georgia’s electoral votes and Republicans: two Senators, with Democrat Senators Warnock and Jon Ossoff taking both seats held by the GOP since 2005.

Walker will face off against five other candidates in the GOP Primary May 24th, however, it is expected that some opponents will drop out early due to Trump’s strong endorsement. Georgia Commissioner of Agriculture, Gary Black; Attorney, Jared Craig, United States Air Force Veteran and Entrepreneur Kelvin King, and Retired Navy SEAL Officer, and Director of Intelligence Programs on the National Security Council Latham Saddler are making strong showings early on.

President Trump has provided his “Completed and Total Endorsement” to Walker, saying he “was a great football player and will be an even better U.S. Senator – if that is even possible.” Trump announced that he will be joining Walker along with Congressman Jody Hice and Georgia State Senator Burt Jones at the Save America Rally in Perry, GA on Saturday, September 25, 2021 and is even fundraising by offering “the very first hand-signed Trump Football” signed by both President Trump and Mr. Walker.

“Herschel Walker is a friend, a Patriot, and an outstanding American who is going to be a GREAT United States Senator. He embodies “America First” and the winning spirit of Georgia. Herschel is tough on Crime and Borders, and he will always stand in support of Law Enforcement, Military, and our Vets. He will fight hard for our Second Amendment and Voter Integrity. Herschel Walker will never let you down. He was a great football player and will be an even better U.S. Senator—if that is even possible. He has my Complete and Total Endorsement!” 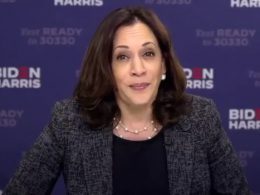