The latest controversial finding from Hunter Biden’s laptop seems to be his deep hatred of Jill Biden.

In fact, recently news broke about his potential profit from oil sales orchestrated by the Biden administration. Not to mention the massive pile of inappropriate texts, videos, and various other communications from Hunter.

Well not long ago did a report from New York Post reveal how Hunter Biden really feels about his stepmother, Jill.

He criticized her teaching skills and called her a “Vindictive Moron” and an “Entitled C*nt” in Texts.

The Sun was able to gather copies of the texts which show Hunter blasting his stepmother following a family argument in late 2018:

In one text he sent to the widow of his brother, whom Hunter Biden was dating at the time in what is in and of itself a bizarre situation, he called Jill Biden a “selfish silly entitled c**t.”

“F–k my stepmother for always being as much of a selfish silly entitled c–t as you,” he wrote to Hallie Biden as their brief relationship began to deteriorate.

Another text that he sent to his uncle and frequent business partner James Biden, Hunter recalled an argument with Jill in which he blasted the future first lady with a barrage of insults.

“And you do know the drunkest I’ve ever been is still smarter than you could ever even comprehend and you’re a shut [sic] grammar teacher that wouldn’t survive one class in a ivy graduate program,” he wrote. “So go f*** yourself Jill let’s all agree I don’t like you anymore than you like me.”

In another text to James, Hunter complained that his father, Joe Biden, had not taken time to go visit him during previous stints at rehab facilities.

“Literally [sic] has never come to one never actually called me while in rehab,” Hunter wrote of his father. “So that’s a little insane.”

The bad blood was apparently sparked by Jill Biden’s insistence that Hunter Biden get help for his well-chronicled drug addiction. The Sun said the text messages were found on the laptop Hunter Biden left at a Delaware computer repair shop, which has yielded endless photos of the Yale Law grad smoking crack, cavorting nude with prostitutes, and hatching what appear to be international schemes to trade on his father’s influence.

The Sun said the messages were uncovered by Marco Polo, an organization led by a former White House staffer, which is probing the laptop.

Before the post-Christmas row with Jill Biden, Hunter Biden had been trying to defeat his demons with the help of a Massachusetts shrink, Dr. Keith Ablow. But it had not worked, and Jill Biden and Hallie Biden, the widow of Beau Biden, were trying to get Joe Biden to agree his son needed inpatient rehab, according to The Sun.

In a text Hunter sent to James on Dec. 29, 2018, he said that he had proposed moving near him and going into teaching, an idea he said led to an eye-roll from his stepmom.

“Well you’re not going to be doing anything at all for yourself or your family if you just refuse to get sober,” she said, according to one of Hunter’s texts.

That stoked Hunter’s fury at Jill, an English teacher who has bragged of her graduate degree by using the “Dr.” title.

“I said what mom you’re a f***king moron,” Hunter Biden recounted to his uncle. “A vindictive moron.”

“And you do know the drunkest I’ve ever been is still smarter than you could ever even comprehend and you’re a shut sic grammar teacher that wouldn’t survive one class in a ivy graduate program,” he continued.

“So go f*** yourself Jill let’s all agree I don’t like you anymore than you like me,” he concluded.

However, in a text to his father, Hunter attempted to backtrack on his vitriol aimed at Jill.

“Love you dad it’s my fault mom is right I over react sic and she is only worried about me and I promise to try to be more understanding I love you tell mom I love her and I’m sorry I say mean things I don’t mean them,” he wrote in December 2018, according to The Sun.

The issues the Bidens have with their children is drastically different from the public image they attempt to portray.

Obviously Hunter Biden has mental health issues, and their daughter is no stranger to problems as well. Combine that with the family’s obsession for power and you get an explosive family that cannot work on personal issues. 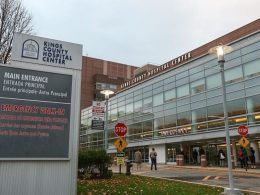 She Went To The ER Thirty Years Ago And Vanished, Now They Have Finally An Answer….

Arizona gubernatorial candidate Katie Hobbs is all for gun control. She is going up against Trump-backed Kari Lake.…
byAnthony Smith 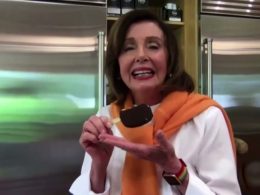