A Department of Homeland Security agent and a former agent have been criminally charged with an alleged CCP-based plan to spy on critics of the Chinese government living within the US.

15-year employee of the Department of Homeland Security Craig Miller and former DHS worker Derrick Taylor were alleged by prosecutors to have planned a scheme to steal information from a restricted federal law enforcement database.

The two men are among the latest defendants indicted in a probe of what American officials have defined as increasingly aggressive efforts by the Chinese government to seek out, silence, and threaten pro-democracy activists abroad.

Assistant Attorney General for National Security Matthew G. Olsen, said in a statement from the Department of Justice:

“We will defend the rights of people in the United States to engage in free speech and political expression, including views the PRC government wants to silence. As charged, these individuals aided agents of a foreign government in seeking to suppress dissenting voices who have taken refuge here. The defendants include two sworn law enforcement officers who chose to forsake their oaths and violate the law. This indictment is the next step in holding all of these defendants responsible for their crimes.”

According to the Justice Department, there were a handful of other men that were also indicted in the case, all of whom supposedly carried out the “transnational repression scheme to target U.S. residents whose political views and actions are disfavored” by the CCP. They include Fan “Frank” Liu and Matthew Ziburis, arrested in March, as well as Qiang “Jason” Sun, who still remains at large.

The Daily Wire reported more details on the incident:

According to the relevant court documents, one of Liu’s co-conspirators allegedly retained Taylor to obtain personal information about multiple PRC dissidents living in the United States, including flight records, passport information and photographs. Taylor was allegedly assisted by two other DHS officers, including Miller. These contacts within the DHS allegedly obtained the information from a restricted government database and illicitly provided it to Taylor. Liu, Ziburis, and Sun allegedly used this information to target and harass these dissidents at the behest of the PRC.

Miller allegedly deleted text messages between himself and Taylor while being questioned by authorities, and Taylor supposedly instructed an associate to withhold evidence from the FBI.

The accused, if convicted, face decades in prison, with possible sentences for the defendants ranging between 20-30 years.

Here’s what a spokesperson at the Chinese Embassy in Washington said:

“I’m not aware of the specific situation. I would like to stress in principle that the Chinese side always asks overseas Chinese citizens to comply with the host country’s laws and regulations. We firmly oppose acts by the U.S. that groundlessly malign and smear China.”

LEAKED TEXTS Reveals How Much Hunter And Jill Biden Hate Each Other... 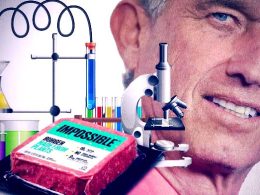 Did Mayorkas Just Lie Under Oath?

DHS Secretary Mayorkas was on the Hill testifying this week. After hearing his testimony, there are only two…
byAnthony Smith