A federal court has blocked a Biden administration mandate to U.S Immigration and Customs Enforcement (ICE) officers, that had been forcing them to prioritize those with serious criminal histories and take into account how long they had been living in the U.S. despite their crimes before seeking to deport them.

After Biden took office in 2021, he unleashed a flood of illegal immigrants from the southern border to points throughout the United States.

With the help of his disgrace of a homeland security secretary, Biden was able to successfully flood the country with illegal aliens, and hinder ICE’s ability to do their job.

But not this time around, thanks to a federal judge in Ohio, who finally said “no” to their scheme.

District Judge Michael Newman — appointed in 2020 by then-President Donald Trump — issued a nationwide injunction again enforcement of parts of a memo issued in September by DHS Secretary Alejandro Mayorkas that limited the cases where Immigration and Customs Enforcement agents should seek to deport illegal aliens.

Newman ruled in favor of attorneys general from three Republican states – Arizona, Montana and Ohio – who challenged the Mayorkas memo as flouting federal law under the guise of making law enforcement more efficient.

Under Trump, ICE officers were told to pursue any illegal immigrant, including those arrested after driving under the influence or charged with other less violent crimes. Since February 2021, ICE officers have had to go through an internal approval process by management before going into communities and arresting specific immigrants if they do not meet the three criteria.

“To focus on arresting immigrants found to pose a threat to national security or public safety, as well as migrants who recently crossed a U.S. border illegally.”

The memo was all about how illegal immigrants are just pursuing the American dream.

“In exercising our discretion, we are guided by the fact that the majority of undocumented noncitizens who could be subject to removal have been contributing members of our communities for years,” Mayorkas wrote.

“The fact that an individual is a removable noncitizen therefore should not alone be the basis of an enforcement action against them. We will use our discretion and focus our resources in a more targeted way. Justice and our country’s well-being require it,” the DHS secretary added.

(Note: Mayorkas uses the phrases “undocumented noncitizens,” and “removable noncitizen,” more ridiculous euphemisms from the left. As The Western Journal comments: “Duplicitous euphemisms are the refuge of the weak.”)

Of course, Mayorkas’ memo was giving himself, and the Biden administration, the authority to decide what the law is, and which parts of the law they want to enforce.

Newman’s ruling says that the executive branch is in the wrong here.

The U.S. District Court judge for the Southern District of Ohio wrote:

“The states sue because they believe DHS skirted Congress’s immigration enforcement mandates when it issued a policy that prioritizes certain high-risk noncitizens for apprehension and removal. DHS contends that seemingly mandatory statutes must be read flexibly to permit efficient law enforcement. At bottom, that is what this dispute is about: can the Executive displace clear congressional command in the name of resource allocation and enforcement goals? Here, the answer is no.”

He then went on to quote a line from a 1952 Supreme Court decision that should be carved over the Oval Office door as a reminder no matter which party is in the White House:

“In the framework of our Constitution, the President’s power to see that the laws are faithfully executed refutes the idea that he is to be a lawmaker.” 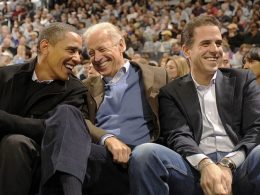