On Sunday, a report aired on state sponsored Iranian television that claims Imperial Leader Joe Biden agreed to “unfreeze $7 billion in Iranian oil assets and release four Iranians held in U.S. custody in exchange for the release of four Americans accused of spying.” The Palace denies it. Just because it isn’t official doesn’t mean it’s not in the works.

As soon as the media got word of a secret back-room deal between Joe Biden and the Ayatollah, State Department spokesunit Ned Price ran to the media denying the whole thing. “Reports that a prisoner swap deal has been reached are not true,” he insists.

“As we have said, we always raise the cases of Americans detained or missing in Iran, we will not stop until we are able to reunite them with their families.” They haven’t “reached” a deal but they’re getting close, it seems.

When the report first surfaced in the mid-East, it was clear that the key negotiating point is the $7 billion in Iranian oil assets. All Biden has to do is start packing up the pallets of cash and “four Americans accused of spying” can go home.

The four terrorists they get back from Guantanamo in the “swap” are only an added bonus. “The state TV, quoting an unidentified Iranian official, also said British-Iranian national Nazanin Zaghari-Ratcliffe would be released once Britain had paid off a debt on military equipment owed to Tehran.”

Tehran wasn’t happy about the leak and whoever is responsible for it is probably in hiding because he doesn’t want to lose his head for having a loose tongue.

If they had the deal all set and he blew it for Biden by making it public, his chances for a peaceful retirement are out the window. “Iran’s envoy to the United Nations, Majid Takht Ravanchi, said the report could not be confirmed, adding that Tehran has always called for a full prisoner exchange with Washington,” Reuters notes.

Associated Press is backing up the Reuters coverage and pointing out that the Iranian news report “noted that a source with knowledge of ongoing discussions between Iran and the U.S.” said that “talks are active” between Tehran and the Biden regime.

This could also have something to do with the Swiss Diplomat who took her first and last flying lesson this weekend, from her high-rise apartment. The Swiss have been handling the U.S. end of negotiations with Iran because we don’t have official ties with them these days. “This person was the first secretary of the Swiss embassy,” Iran informs. “The cause of her fall has yet to be determined.”

AP adds that Iran doubled down after the U.S. denied the reports. The alleged deal is a calculated response “to congressional pressure” on Biden and “his urgent need to show progress made in the Iran case.”

Palace chief of staff Ron Klain told reporters, “I can tell you, unfortunately, that report is untrue. There is no agreement to release these four Americans. We’re working very hard to get them released. We raised this with Iran and our interlocutors all the time. But so far there’s no agreement to bring these four Americans home.” In other words, they’re fighting over the price.

Biden is also being bent over the conference table in Vienna. The Ayatollah is demanding the Obama-Kerry appeasement package be resumed at once.

“We have not yet reached agreement in Vienna which is where the talks between the world powers and Iran are taking place right now,” national security adviser Jake Sullivan told ABC News. The sticking points are “over what nuclear restrictions Iran will accept on its program to ensure that they can never get a nuclear weapon.” They don’t want any. 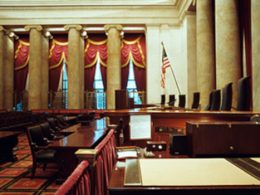 In the media, most Democrats are holding the line for Joe Biden. He is doing great. We want…
byStaff Editor

Companies across the United States fight to maintain a good reputation, as it can be the way they…
byStaff Editor