War hawks on both sides of the aisle are asking why the United States doesn’t at least declare a no-fly zone over Ukraine or even start striking Russian ground targets. NBC’s chief foreign policy correspondent Richard Engel appeared to be somewhat bewildered about why we wouldn’t want to do this when the alternative is to “watch in silence.” To explain it in a few words for Mr. Engel: global thermonuclear war and the end of human civilization as we know it.

Why not war with Russia?

Some Americans are willing to believe that we have the perfect solution to the Ukraine crisis on hand already; impose a no-fly zone and instantly even the odds.

Certain journalists and politicians seem to be under the impression that this is as simple as saying “I declare a no fly zone” and then watching the Russians say “aw shucks” and ground their aircraft.

The term has become popular for hawks who want to grasp an easy solution in Syria, Libya, or other small countries with negligible air forces and no nuclear stockpiles.

In this case, you don’t just declare a no fly zone. You have to enforce your no fly zone by sending American pilots to shoot down Russian pilots, and the Russians get to shoot back.

Observers like Richard Engel appear to be convinced that the United States could crush Putin as easily as it crushed Saddam Hussein in 2003.

This kind of hubris wasn’t an issue during the Cold War, when the United States and the Soviet Union were both fully aware of how catastrophic a direct confrontation might be.

What’s the worst that could happen?

Decades of American dominance since the fall of the USSR has made the Richard Engels of the world forget the fact that the nukes which made the Cold War so hazardous haven’t disappeared.

Russia has the largest nuclear arsenal in the world, but even if a war was entirely conventional it would be a global disaster on a scale not seen since the last world war.

Hawks advocating an intervention right now are correct in pointing out that NATO has the firepower to defeat the Russian military in a head to head clash that doesn’t turn nuclear.

What must be remembered, however, is that Russia is a very large country with a very powerful military and a population which would not embrace an American regime change operation with open arms.

When China is added to the equation the dangers become even more apparent. The wars in Iraq and Afghanistan left more than a million people dead and left the United States massively in debt.

War against a major power, even if the United States won on the battlefield (which is not guaranteed) and even if nuclear weapons were not deployed, would lead to death and destruction on an unfathomable scale. This is not an option, no matter how interested NBC might be. 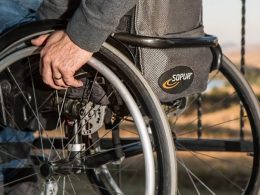