Dr. Anthony Fauci in a “Meet the Press” appearance on August 8th stressed that the CDC and NIH are pushing hard for vaccine mandates at the business, organization, state, and local levels leaving many questioning the legality of vaccine mandates. While Judge Hughes’ ruling in Texas seems to be guiding the actions of governments and private businesses, it could still conceivably be challenged up to the Supreme Court of The United States which upheld mandatory vaccination with Jacobson v. Massachusetts, (197 U.S. 11) over a century ago in 1905.

In the Jacobson case, which the pro-vax crowd has been repeatedly beating any opposition over the head with for months (see: Bill Kristol’s tweet below), the SCOTUS ruled in favor of the mandates. But just like so many other situations in life, people who want to manipulate the narrative, deliberately miss the nuance of the ruling.

The Century-Old Wisdom Of “The Great Dissenter”

Justice John Marshall Harlan also known as “The Great Dissenter”, an extremely conservative Justice appointed by President Rutherford B. Hayes made a career out of ruling against the infringement of civil freedoms and individual rights. In fact, he surprised many when he joined the majority 7-2 ruling and indeed penned the decision that upheld the constitutionality of mandatory vaccination laws at the state level as a limited and acceptable application of “police power” for the “common good”.

In summary, he wrote, “It is within the police power of a State to enact a compulsory vaccination law, and it is for the legislature, and not for the courts, to determine” Justice Harlan’s ruling in full is verbose, extremely nuanced and filled with lengthy citation of dozens of precedents and expert opinions on vaccination.

Many in the pro-mandator vaccination camp will throw this ruling at you and laugh at your absolute defeat. But that’s because they didn’t actually read it. The ruling while upholding the State’s ability to mandate SAFE vaccination: contains a few significant caveats. Justice Harlan tells us,

“It is easy, for instance, to suppose the case of an adult who is embraced by the mere words of the act, but yet to subject whom to vaccination in a particular condition of his health or body, would be cruel and inhuman in the last degree. We are not to be understood as holding that the statute was intended to be applied to such a case, or, if it as so intended, that the judiciary would not be competent to interfere and protect the health and life of the individual concerned.”

“We are not inclined to hold that the statute establishes the absolute rule that an adult must be vaccinated if it be apparent or can be shown with reasonable certainty that he is not at the time a fit subject of vaccination or that vaccination, by reason of his then condition, would seriously impair his health or probably cause his death.”

There it is. The Great Dissenter himself provided the means by which to judge the validity of any vaccine mandate. Each individual case rests on these points:

Harlan’s test doesn’t come down to the CDC’s “medical consensus” it comes down to what can be shown with “reasonable certainty”, that’s the dreaded “reasonability” standard, which Cornell Law explains is “the standard of care that a reasonably prudent person would observe under a given set of circumstances”. Given that 50.4% of the American people are not vaccinated, and that according to WebMD

“Nearly 48% of those who reported vaccine hesitancy expressed concern about side effects.”

The reality is crystal clear: MILLIONS of Americans have “reasonable certainty” that the vaccination “would seriously impair his(or her) health” and with an increase in “breakthrough cases” threatening the effectiveness of the vaccine, under Justice Harlan’s ruling, mandatory COVID19 vaccination would fail to meet his standard.

That’s why no one, not a politician or an employer is a fit judge of whether or not a person should take a vaccine. That must always be left up to the individual and the advice of their physician. 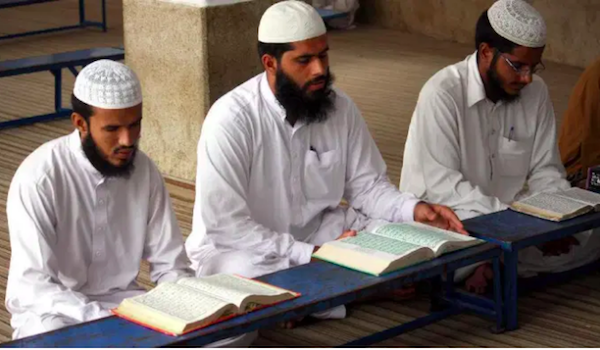