Shocking revelations have been released overnight. During the evening of December 16th a Joint statement was released by The FBI, The little-known Cyber-Security and Infrastructure Security Agency (CISA) and the Office of the Director of National Intelligence. The three groups have formed a Cyber Unified Command  Group or UCG in response to an “ongoing cyber-security campaign” which they describe as a “significant cyber incident”.

SolarWinds’ Orion Platform is according to their website, “highly scalable, and our integrated network and systems performance data is combined from multiple parts of the tech stack to provide a single, unified, application-centric view and experience.”

In tech speak, it is a single networking platform used to control and monitor multiple systems across a massive infrastructure, or probably as close to “one ring to rule them all” as you can get in government networking. Or what an Ex-Whitehouse official called “God Access” to US Government systems according to Newsweek.

This is without exaggeration the single largest, most widespread Government data breach in American history.

“On Monday, SolarWinds confirmed that Orion – its flagship network management software – had served as the unwitting conduit for a sprawling international cyberespionage operation. The hackers inserted malicious code into Orion software updates pushed out to nearly 18,000 customers.”

But here’s the kicker,

“The malicious updates – sent between March and June, when America was hunkering down to weather the first wave of coronavirus infections – was “perfect timing for a perfect storm,” said Kim Peretti, who co-chairs Atlanta-based law firm Alston & Bird’s cybersecurity preparedness and response team.” “We may not know the true impact for many months, if not more – if not ever,” she said.

Reuters’ Three sources ‘familiar with the investigation’ have said that Russia is the top suspect but it is too early to tell.

The Bomb-Drop The Mainstream Won’t Tell You

It appears that Dominion Voting Systems utilized Solarwinds’ software as well and according to CodeMonkeyZ, they are rapidly working to expunge any references to it in their systems.

Dominion deleted the reference and link to "SolarWinds" from their website, but we have the archive still.

The Gateway Pundit expanded on the implications, an IT professional shared this analysis with them,

“I am also an IT professional that uses SolarWinds. We use SolarWinds to manage network equipment, servers, etc. SolarWinds is a very powerful tool. SolarWinds has a scripting tool capable of automated task scheduling for configuration management. So say you had 1000 or more voting machines spread across the country. You could build scripts to download data from or upload data to rapidly in seconds. SolarWinds services and accounts are granted elevated permissions on equipment to perform these tasks. Hackers could take over a company’s SolarWinds management server to use as a “zombie” and orchestrate attacks on voting machines from all over making it difficult to track.”

As Dominion voting systems utilized a network infrastructure that was compromised by foreign agents, (suspected to be Russian but could also be Chinese or Iranian) the 2020 Election irregularities and fraud could be linked.

This would provide a justification for President Trump to invoke a 2018 Executive Order to apply sanctions to the foreign power responsible and potentially seek an emergency injunction from the Supreme Court to re-assess the results of the 2020 Election. 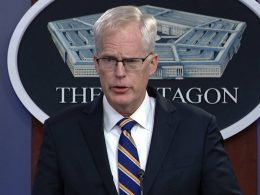 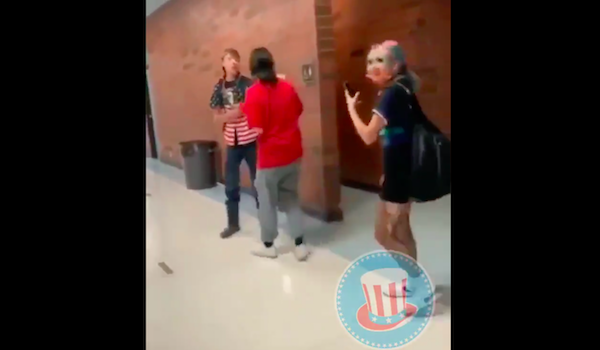