Fox News terminated one of its top news anchors on July 1, 2020, over a complaint about sexual harassment that took place many years ago.

Ed Henry was a notable co-anchor on “America’s Newsroom” and was let go from his position when an independent law firm led an investigation into claims from a former employee accusing the anchor of sexual misconduct.

“We would like to bring a very serious matter to your attention in an effort toward full transparency given the many actions we have taken to improve the culture here over the last four years,” the media higher-ups wrote.

“On Thursday, June 25, we received a complaint about Ed Henry from a former employee’s attorney involving willful sexual misconduct in the workplace years ago. We immediately retained an outside law firm (which has never represented FOX News in investigations or litigation) to independently investigate the claims. Ed was suspended the same day and removed from his on-air responsibilities pending investigation. Based on investigative findings, Ed has been terminated. FOX News Media strictly prohibits all forms of sexual harassment, misconduct, and discrimination. We will continue striving to maintain a safe and inclusive workplace for all employees,” the memo concluded.

A New Host Is Still in the Works

As for the future of “America’s Newsroom,” Henry’s spot will be filled by rotating anchors, for the time being, Fox News reports.

Back in 2017, Fox News completely changed its human resource department by requiring a large-scale process, including a mandatory annual Inclusion and Harassment Prevention training in the process.

“We encourage any employee who has a sexual harassment, discrimination or misconduct complaint of any form to report it immediately, as we have said repeatedly over the last four years,” Scott and Wallace wrote.

Henry first joined Fox in 2011 after seven years of working at CNN. After a rough patch in 2016, when a tabloid magazine accused him of having an extramarital affair, he worked his way into being a relatively reliable Pro-Trump host.

Conservatives have been increasingly critical of the news station over the past few years, as Fox continues to hire prominent radical Democrats. Last year, the news organization shocked viewers by bringing on long-time Fox basher Donna Brazile.

Acting as the interim chairwoman of the Democrat Party, Brazile has been a vicious voice against President Trump and his voter base.

President Trump has also had problems with the media platform, and has called them out several times for what he claims in bias against him.

Watching @FoxNews weekend anchors is worse than watching low ratings Fake News @CNN, or Lyin’ Brian Williams (remember when he totally fabricated a War Story trying to make himself into a hero, & got fired. A very dishonest journalist!) and the crew of degenerate……

The problem may originate from the new CEO, Lachlan Murdoch, who many conservatives continue to be wary of.

Lachlan’s younger brother, James Murdoch, a former Fox executive, has told friends he’s embarrassed by Fox News coverage and adheres to a more liberal political position than his brother or his father, The Times reported.

The future of Fox News is unknown, and as more controversial hosts are brought on, questions remain on the direction the company is going. 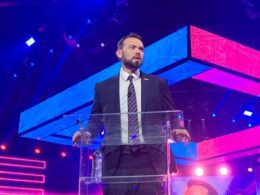 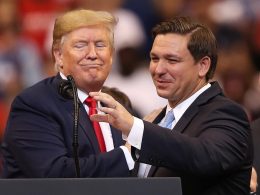 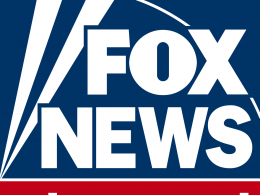