The Democrat inclined Secretary of the Commonwealth for Pennsylvania firmly stomped her foot down on election transparency, blocking vote recounts in the crucial battleground state.

This proves once again that the very Constitution is at stake in this contest and if Joe Biden is “legally” declared the winner, then it means that laws are whatever the Democrats say they are.

According to the Democrat who holds the Secretary of State job for Pennsylvania, which is actually a “commonwealth,” Kathy Boockvar, the count is nearly complete and there won’t be any “recounts or re-canvasses.” As of Friday, “the general election ballot canvassing is nearing completion.” She’s doing her best to stand in the window and block the sunlight of transparency. Her counterpart in Arizona is doing the same.

In an announcement to the press at the end of a long and turbulent week for politics, Democrat Boockvar relates that “recounts or re-canvasses will not be ordered in any of the statewide Nov. 3 general election races based on unofficial returns and margins of victory.” Not just the presidential race is at stake, but also races for Attorney General, Auditor General, and State Treasurer.”

Her press release states that the narrow threshold to declare an automatic recount has not been met and “no statewide candidate was defeated by 0.5% or less of the votes cast.” It’s still not over yet though.

As the Democrat election official explains, “the counties continue to adjudicate and count the approximately 100,000 provisional ballots issued to voters at the polls on Election Day, as well as the more than 28,000 military and overseas ballots that were cast in this election.”

Boockvar’s department estimates that as of midday on Friday, “approximately 40,000 of of the provisional ballots have been counted or partially counted.” One wonders how a single ballot can be partially counted.

That’s Democrat math for you. One of the big issues are mailed ballots that came in for counting after the polls closed. Democrats totally ignore the fact Joe Biden is charged with influence peddling as part of his crack-addicted son, Hunter Biden, who made a shady career out of selling access to his dad’s office, then allegedly forking over half the cash to Joe.

“Approximately 10,000 mail ballots that were cast on or before Nov. 3 were received by counties between 8 p.m. November 3 and 5 p.m. Nov. 6.” Democrats are relying on counting as many of them as they can because there is a good chance they have Biden’s name on them.

In fact the Democrat has been favored by a statistically improbable ratio. The PA Supreme Court allowed ballots to be counted as long as they arrived by November 6 and were postmarked by 8 p.m. on election day. In Michigan, we have evidence that the United States Postal Service was in on a scam to backdate extra ballots and get them counted illegally.

The bottom line is that through their deeds and actions in both the 2016 and 2020 elections to lie, cheat, steal and blatantly commit the acts of sedition and insurrection, Democrat affiliated criminals are praised and promoted.

If, through Deep State trickery and mob violence, Joe Biden is certified as the rightful occupant of the Oval Office, then America as defined by the U.S. Constitution will cease to exist and anarchy will prevail. 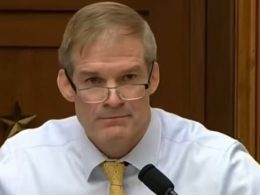 Rep. Jim Jordan Goes NUCLEAR on Biden… EXPOSES IT ALL

There is no denying that Rep. Jim Jordan (R-OH) is the firebrand of the party in the House.…
byAnthony Smith 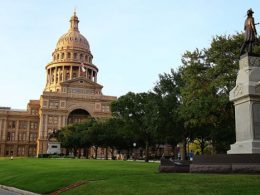