A spokesperson for the FBI’s field office in Washington, D.C., has confirmed that a former Trump appointee has been arrested in connection with the storming of the Capitol on January 6.

Federico Klein, who was appointed as an aide to the State Department, was arrested on March 4. According to a Politico interview with Klein’s mother, Cecilia, her son had revealed to her that he was present in Washington, D.C. during the riot.

“As far as I know, he was on the Mall. That’s what he told me,” Cecilia Klein told Politico.

“Fred’s politics burn a little hot, but I’ve never known him to violate the law. … While I believe, as he said, he was on the Mall that day, I don’t have any evidence, nor will I ever ask him, unless he tells me, where he was after he was on the Mall,” she added.

Klein had previously worked as a “tech analyst” on Trump’s 2016 campaign. While President Trump was in office, Klein briefly worked at the State Department’s Office of Brazilian and Southern Cone Affairs, but was later transferred to a position that involved working with Freedom of Information ACT (FOIA) requests.

Klein, 42, was taken into custody in Virginia. According to Politico, the Trump appointee has been “charged with several felonies, including assault on police officers, interfering with police during civil disorder and obstruction of an official proceeding, as well as lesser offenses.” 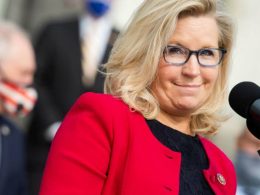 RINO Representative Liz Cheney has put the final nails in her own coffin, as the conservative base revolts…
byAnastasia Boushee 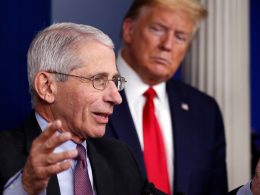