The Democrats are running out of ways to try to cancel Donald Trump, and a new poll shows that their efforts may actually be having the opposite effect.

Both attempts to impeach President Trump seem to have just made him more popular within the Republican Party.

A Politico/Morning Consult Poll released on February 15 shows that the percentage of Republicans who want to see Trump play a role in the future of the Republican Party has increased by double digits since January.

According to the new poll, 59 percent of Republican voters want Trump to play a major role in the GOP moving forward, an 18 point increase from the previous poll, which was taken on January 7.

Trump’s popularity among Republicans has also increased, with 81 percent of Republicans saying they have a positive view of the former president, compared to only 77 percent in January.

If the 2024 Republican presidential primary were held today, President Trump would win by a wide margin. The poll shows that Trump is in first place with 53 percent, Mike Pence coming in at second with only 12 percent, and Donald Trump Jr. tying for third place at 6 percent with former U.N. Ambassador Nikki Haley.

Republican voters know that Trump isn’t going anywhere. A recent statement put out by the former president shows that he agrees.

“In the months ahead, I have much to share with you, and I look forward to continuing our incredible journey together to achieve American greatness for all of our people,” Trump said.

It’s clear from all of the effort put into impeachment by the Democrats and the media that they fear Donald Trump. If impeachment had succeeded, he would not have been able to run for office again. Unfortunately for the left, they failed.

The Biden administration has ignored federal immigration law and now they are answering for it legally, as per…
bySandy Ravage 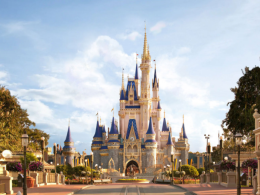