The simple fact it happened at all proves that “in spite of all the turmoil, the CIA still has the Taliban on speed dial.” This was a risky and dangerous meeting, secret for a reason and apparently meant to stay that way. Yet, it also seems to have been leaked on purpose. Antony “don’t say Saigon” Blinken has been frozen out of the deal because the Taliban has more respect for the spooks than the State Department. The agency “still has clout in all of this.”

CIA meeting not so secret

On Monday morning, August 23, the Washington Post put out an article revealing something they should never have known about. This was no ordinary meeting. That same day, CIA Director William Burns personally met behind enemy lines with Taliban leader Abdul Ghani. It’s not like sitting down over a latte at Starbucks.

“U.S officials familiar with the matter who spoke on the condition of anonymity to discuss sensitive diplomacy” leaked like a sieve. They may have been sent by someone who’s upset with the way the palace is handling things.

It’s clear to everyone that Imperial Leader Joe Biden and the palace “ignored the intelligence community’s recommendations and insight.” Not only did they ignore the CIA, they didn’t want to hear what the Pentagon had to say either, dismissing with an imperial wave “the military’s recommendations and the reality on the ground.”

It’s interesting that the U.S. sent in the top spook instead of Antony Blinken or someone from the Ministry of State. What’s even more interesting is that this “also means that open lines of communication with the Taliban have existed and still exist.”

It’s really unusual for a high ranking official to meet the enemy in their lair. CIA Director is a top value target and Biden approved sending him into the lion’s den to beg for more time. He didn’t get it. Bill Burns was afraid to even breathe until he got back to U.S. controlled ground. He wouldn’t have dared to get in the jeep without “guarantees of safe travel in and out.”

That makes things even more interesting. He has a lot of nasty secrets in his head that the Taliban could easily torture out of him, on top of his general ransom value as a kidnap victim. He went in, got out, it’s over. Now the world knows the palace tried to beg for more time at risk of the Central Intelligence Agency director’s life and blew it. Burns didn’t get squat in the way of concessions.

The Taliban “already think they hold all the cards, and they also think they have defeated the United States.” They could be right. To set this little conclave up, “a number of people had knowledge of the meeting.”

They also had to know the risks. It could not have been arranged for the CIA Director to stroll on in unless “the Taliban leadership has clear communication lines with the low-level Taliban fighters on the street.” There’s a solid chain of command and “effective lines of communication and authority exist.”

Biden and the palace had no intention of this getting out to the public. “It’s possible that The Washington Post story was a leak, rather than a deliberate conversation with journalists.” The whole situation on the ground in Afghanistan is so “controversial and intense” that it’s likely that “many people within the government do not agree with how this is playing out.”

So they sent rats to the Post with the story. As SOFREP writes, “it means that in spite of all the turmoil, the CIA still has the Taliban on speed dial. It also means that the Taliban might take the agency “more seriously” than the state department.

One reason to send the CIA instead of state is because if State Department has a meeting it means we officially recognize the Taliban as in charge of Afghanistan and that would not be a good thing. Even so, “someone has to talk with them and make deals or counter-demands.”

One thing is sure, the agency “clearly has some kind of leverage.” Too bad it didn’t work. “If the intention of the meeting was to buy more time for the U.S. and its allies, it seems to have failed. Or at least, there is no change.” What there was is pushback. “President Biden doubled down on the date, and the Taliban upped the ante.” 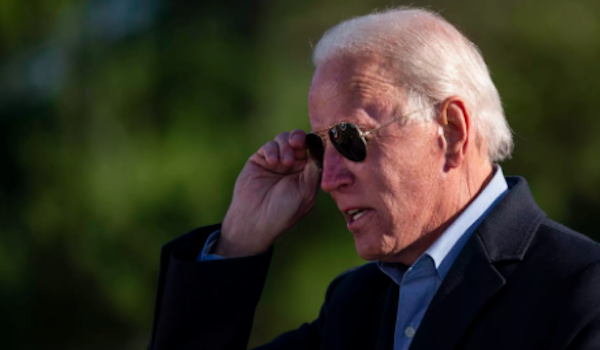 Florida Governor Ron DeSantis has positioned himself in opposition to transgender participation in girl’s sports, but not all…
byStaff Editor 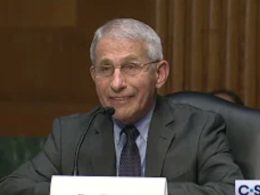 A horrifying video from a school in Washington D.C. shows a line of kindergarten students being forced to…
byStaff Editor