Groundhog day dawned on the Water Terrace community of Sunrise, Florida, with residents being alerted to duck back down in their holes and stay there. The FBI was having a gun battle with a local pervert. Two agents were killed in the exchange of gunfire and three others are reported injured. To make things worse, Punxsutawney Phil predicts another six weeks of winter.

A gun battle at dawn

The FBI confirmed Tuesday that two Agents of the Federal Bureau of Instigation were killed and three more agents wounded in a brief gun battle. Local police were on hand with marked police cruisers while the FBI attempted to serve a search warrant alleging child pornography possession.

The suspect in the case is also dead, but it wasn’t the FBI who killed him. Two of the three wounded agents were transported to a local hospital for gunshot injuries and are reported in “stable” condition.

Just In: FBI agents were involved in a shootout with a suspect in the Fort Lauderdale, Florida area. An unclear number of agents have been injured, including with possible life-threatening injuries. https://t.co/fLlMighPuj pic.twitter.com/oKNxptsVmF

Police and federal agents swarmed an apartment “around 6 a.m. in the vicinity of 10100 Reflections Boulevard.” It immediately turned into a heated gun battle as the suspect barricaded himself inside.

As the SWAT team made their way to the scene from Miramar, the Davies and Fort Lauderdale Police Departments appeared for backup.

According to a statement from Sunrise Police, local residents were locked down tight as the battle raged. “residents in neighborhoods along Nob Hill Road, between NW 44th Street and West Oakland Park Boulevard.

were asked to remain in their homes, and were unable to leave their communities due to the traffic shutdown on Nob Hill Road.

No danger to the public

Just before 10:00 a.m. local time, authorities gave the all clear and advised they can expect to see cops crawling around everywhere today.

As noted in their bulletin after the smoke from the battle cleared, there was “no danger to the public,” but there will be “a large police presence in the area through the day.”

#BREAKING NEWS: FBI agent is killed and five others shot and injured while serving arrest warrant at a #Florida Home pic.twitter.com/muRdwHbAyl

Now that the battle is over, the bureau informed the public that “a man suspected of having child pornography had barricaded himself in his home.” Local police were on hand “at the time of the shooting because it is standard practice to have a marked police car outside of the home while executing a search warrant.”

After killing two feds and wounding three more, “the suspect reportedly set the apartment on fire and then committed suicide.”

Even though the gun battle was over, local residents were asked to stay in their homes. Around 8:40 a.m. Sunrise Police tweeted “We ask that residents in the community, Water Terrace remain in their homes.

Law Enforcement still has the entrances blocked at this time. Thank you for your patience.” The bureau relates, “the shooting incident is under investigation by the FBI’s Inspection Division, which is part of the department’s policy.” 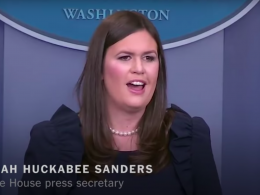