In a January 28 meeting at Mar-a-Lago resort in Florida, Donald Trump met with Republican House Minority Leader Kevin McCarthy to discuss taking back the House of Representatives in the 2022 midterms.

An important agreement between Trump and McCarthy came out of the “good and cordial meeting”: Trump has committed to helping the GOP take back the House in the midterm elections.

Trump’s Decision to Support the GOP

“President Trump has agreed to work with Leader McCarthy on helping the Republican Party to become a majority in the House. They worked very well together in the last election and picked up at least 15 seats when most predicted it would be the opposite. They will do so again, and the work has already started,” the Save America PAC, a pro-Trump political action committee, said in a statement after the meeting.

Before this meeting took place, conservatives were under the impression that Trump was planning to form his own political party to run again in 2024. Now that Trump has announced his commitment to a GOP victory, it seems that these rumors were incorrect.

The Republican Party has failed its base too many times, so many conservatives were excited at the idea of a new party. Unfortunately, it is likely that the creation of a new party would only split Republican votes, allowing Democrats to win nearly every race.

“Today, President Trump committed to helping elect Republicans in the House and Senate in 2022. A Republican majority will listen to our fellow Americans and solve the challenges facing our nation. Democrats, on the other hand, have only put forward an agenda that divides us — such as impeaching a President who is now a private citizen and destroying blue-collar energy jobs. For the sake of our country, the radical Democrat agenda must be stopped,” McCarthy said in a statement about his meeting with Trump.

“A united conservative movement will strengthen the bonds of our citizens and uphold the freedoms our country was founded on,” he added.

In a truly unexpected move from a European power that has appeared timid, even cowed, and unwilling to…
bySandy Ravage

Conservatives are concerned about suspicious events and shady situations that happened throughout election day, into the night. Accusations…
bySandy Ravage

The descent of American, Democrat-run cities into anarchy is continuing at a frightening pace in Brooklyn, NY where…
bySandy Ravage 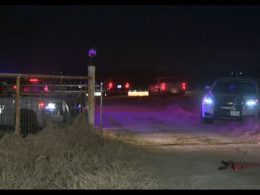 Joe Biden has been in office for less than a year, yet he has already been caught in…
bySandy Ravage