Seven people ranging in age from 24 to 48 years old were injured in a drive-by mass shooting at a funeral home in Milwaukee, Wisconsin this afternoon. Details are still developing in this breaking story.

Shooting at a funeral home

Police responded to calls of gunshots at the Serenity Funeral Home in the 4200 block of West Fond Du Lac Avenue. Initial reports of five victims was later revised to seven people injured in the shooting after the chief of police held a press conference to inform the public about what happened.

Police are continuing to interview around 100 witnesses. The condition of the shooting victims isn’t known in detail but nobody is listed with life threatening injuries. Investigators are still looking for evidence in the vicinity.

Acting Police Chief Michael Brunson held a press conference to inform the public about the shooting. He explains that “a car pulled up to a crowd of around 100 mourners gathering for a funeral on Milwaukee’s north side and opened fire.” All the victims were reported “in stable condition at a local hospital.” Chief Brunson notes the “victims ranged in age from 24 to 48 years old and were males and females.” He also reports “all are expected to survive at this point.”

Cedric Guy, owner of Serenity Funeral Home, relates “he was in another part of his business when he heard gunshots.” He called 911 as soon as he heard the first of the shooting. “We shut everything down. It just went crazy from there on.” There were around 100 mourners present to pay their last respects to Braxton Taylor, a 26-year-old homicide victim.

Taylor’s funeral had to be postponed due to the shooting. “For the people that got hurt I’m just sorry it happened,” Guy sympathizes. At the news conference, Police Chief Brunson assures his residents that the shooting investigation is ongoing. “This is an untenable situation. This brazen act done in broad daylight is just unacceptable in our city.” The mayor thinks so too.

Milwaukee Mayor Tom Barrett called the mass shooting, “insanity.” He asserts, “it’s the insanity of people solving their problems with guns. It’s just completely insane and we’re seeing way too much of that in this community this year.” Barrett notes, “Someone driving past the funeral home opened fire on individuals getting ready to go inside.”

This is a breaking story so please check back for updates as more information becomes available.

The Debate KEY Take Aways You Won't Get from the MSM

Under the guise of the Secular Democrats of America, Democrats are Pushing Hard for Biden-Harris to ELIMINATE Religious…
bySandy Ravage

At least one band of abortion extremists seems to have carried out their threats of terrorizing pro-life activists.…
byStaff Editor 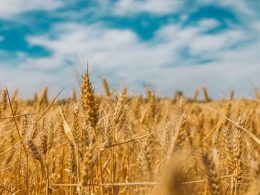 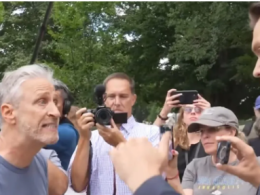 After days of  debating online, the fight over the PACT Act resumed in Washington on Monday as Liberal…
byStaff Editor