Sesame Place Philadelphia is facing backlash from a mother of two young Black children after she claimed one of their performers purposely ignored her daughters.

And of course, this incident has prompted immediate and virulent outrage online.

In a now-viral video the two girls can be seen reaching out to the performer who responds by shaking their head “no” in the direction of the children, despite being seen greeting other children immediately before.

“We were on our way out of Sesame Place and the kids wanted to stop to see the characters,” the mom wrote on Instagram. “THIS DISGUSTING person blatantly told our kids NO then proceeded to hug the little white girl next to us!” 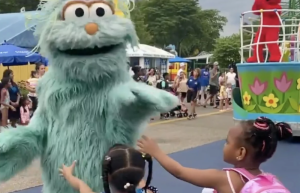 “Our brand, our park and our employees stand for inclusivity and equality in all forms. That is what Sesame Place is about and we do not tolerate any behaviors in our parks that are contrary to that commitment.”

The brand stated that the outfits “sometimes make it difficult to see at lower levels” and that sometimes “performers miss hug requests from guests.”

“The Rosita performer did not intentionally ignore the girls and is devastated about the misunderstanding.”

And according to Sesame Place, the performer did not gesture in response to “any specific person” but rather to “multiple requests from someone in the crowd who asked Rosita to hold their child for a photo which is not permitted.”

However, the mother has fought back saying the theme park’s explanation of the incident as a “misunderstanding” is not enough, calling it “disrespectful and distasteful.”

Many online users have expressed their outrage towards the incident.

Here are some comments from folks online:

“You can clearly see that y they were seen. The character looked at them and waved them no”

“Hands would have to be thrown cuz no you absolutely DID NOT just deny these beautiful babies while reaching over them & giving an older yt woman a high five?! And the babies were clearly upset?! Nah I’m pissed tf off “

“That bullshit apology you can keep bcuz the character clearly looks directly at the children & then shakes their head at them. A place where kids can go & have fun and ya’ll took that from them bcuz of your hatred.”

“It’s super sad for the kids”

“This breaks my heart”

“This clip broke my heart for the enthusiastic little girls” 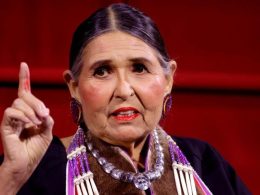 Virginia Tech University swimmer Reka Gyorgy is criticizing the NCAA, claiming that her spot in the finals at…
byStaff Editor