Kamala Harris is swooping in to attempt a dicey rescue of California’s embattled Governor Gavin Newsom. Despite the fact, the Newsom and Harris have been rivals for a LONG time dating back to Kamala’s days as a minor local Democrat. Harris is riding in like the cavalry, which should give some indication of just how desperate the situation is for Newsom. But it seems that she may be too late.

Kamala was initially set to begin a series of engagements in the Golden state weeks ago after her diplomatic mission to Asia, but this was stalled due to the catastrophic withdrawal from Afghanistan which required her presence in Washington. Those precious weeks in a tight recall race may have already cost Newsom too dearly while Larry Elder’s national recognition and polls have been on the rise for months before the shenanigans set in.

“Harris said the recall campaign was about national politics: “They think if they can win in California, they can do this anywhere. Well, we will show them: you’re not gonna get this done. Not here, never!”

Poor Kamala even had to face off against flag-waving protestors just 100 feet away from the stage at the Newsom rally, and they had some choice words for her about the Biden-Harris regime’s failure in Afghanistan chanting “No deals for the Taliban, Free Afghanistan!”. It’s almost like Californians have just plain had enough of the establishment, crony Democrats.

A closer look outside of the Newsom & VP Harris rally, a small group protesting including Democrats for the recall and group chanting “NO DEALS FOR THE TALIBAN,” and FREE AFGHANISTAN pic.twitter.com/FtFPybVtiK

Polls Can Be Deceiving And Kamala Knows It

The most recent polls from FiveThirtyEight show something truly remarkable though… a Newsom rebound? (everybody check your shoes, somebody stepped in something.) If these positively miraculous polls are to be believed, Gavin Newsom has surged an astounding 14.7 points in a matter of weeks!

Something just isn’t adding up here. Democrats have brought out the biggest guns they have left (since Cuomo imploded at least) with Elizabeth Warren and now Harris coming down from on high. They’re pouring obscene amounts of money into this race too. It all smacks of desperation. The Democrat-Socialist machine can spin polls in the most conservative states in the country, do you think they can’t manipulate a few in the very heart of the movement? If you believe these results there’s a beachfront property in Arizona that’s going quick… and the Sept. 14th election date is coming up fast.

The Connection Between the Unabomber and One of Joe Biden's Nominees 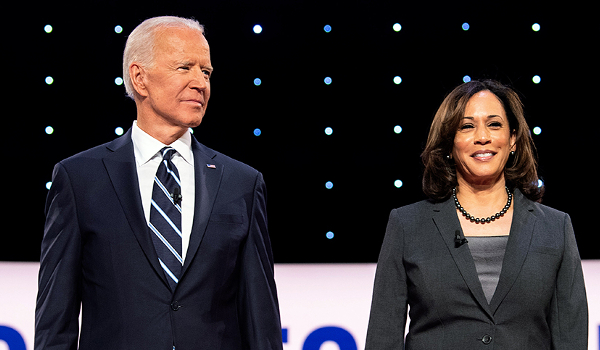